BWF World Superseries Finals: Who Will It Be?

This season’s most consistent performers on the OSIM BWF World Superseries circuit will clash in a titanic battle for year-end honours at next week’s Finals in Shenzhen, China.

Will world number one and Malaysian star, Lee Chong Wei, get revenge over Chen Long for his Men’s Singles loss in the final of last month’s Hong Kong Open? Or will the Chinese ace or one of the other six qualifiers – including Kenichi Tago (Japan), Hu Yun (Hong Kong) and Hans-Kristian Vittinghus (Denmark) – savour the spotlight?

Can one of the year’s revelations – Li Xuerui – maintain the amazing run that saw this Chinese eclipse more illustrious names to claim the Women’s Singles gold at the London Olympics? Perhaps Germany’s Juliane Schenk; Saina Nehwal of India or young Thai sensation Ratchanok Intanon will have a say in the outcome. In Doubles, can China’s Zhao Yunlei match her Olympics feat and achieve a remarkable Doubles double again; taking Women’s Doubles and Mixed Doubles honours with Tian Qing and Zhang Nan respectively? Olympic Men’s Doubles champions, Cai Yun and Fu Haifeng, squeezed into the Finals in the last qualifying berth after a pair higher up could not compete. Is it this stellar Chinese duo’s destiny to snatch another major title? All these questions and more will soon be answered but, before the action begins, the BWF will preview each category starting today, looking at the contenders and assessing their chances. 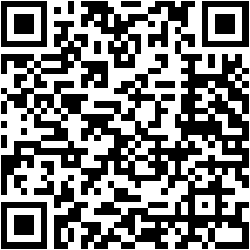