Guangxi province's Liuzhou city, also known as the City of Dragons in China, will be hosting the prestigious BWF World Superseries Finals from 14 to 18 December 2011.

The first half of the 2011 season has been completed with 6 legs remaining on the calendar.

The Europeans will be especially keen to step up their game as no Europeans have at present qualified for both the men's and women's doubles Finals, while Denmark's Peter Gade and Germany's Juliane Schenk are currently the only Europeans to qualify in the respective men's and women's singles Finals. In the mixed doubles, Germany's Michael Fuchs and Birgit Michels have currently qualified at 8th with Denmark's Joachim Fischer and Christinna Pedersen (pictured right) at 4th.

Of the Asian entourage, world number one Lee Chong Wei of Malaysia with four Superseries titles to his name this year spearheads the men's singles charge, while Wang Shixian (pictured left), who lost her world number one throne last week to her compatriot Wang Yihan, currently leads the women's singles pack. China’s Wang Xiaoli and Yu Yang sit firmly on top of the women’s doubles standings having made 4 out of 4 Superseries finals in 2011 and winning three of them.

China's Chai Biao and Guo Zhendong have surprisingly taken the helm of the men's doubles standings after the duo made two Superseries finals and two semi-finals this year and winning a Superseries title in Malaysia. Indonesia's Tantowi Ahmad and Liliyana Natsir's gallant runs in India, Singapore and Indonesia, where they made 3 back-to-back Superseries mixed doubles finals and winning two titles, put them ahead of world champions Zhang Nan and Zhao Yunlei.

The second half of the 2011 season will resume on 13 September 2011 when the Li Ning China Masters, the 7th leg of the 12-leg OSIM BWF World Superseries, takes the stage in Changzhou./p> 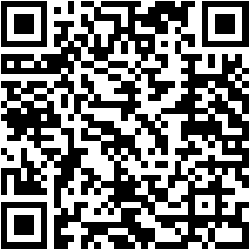