Netherland's spirited player Marije Bloem showed her elite skills when she defeated Poland's Eva Piotrowska in a thrilling Women's Singles contest at European Club Championships 2012 on Wednesday, May 30, in Hungary.

Marije showed her elevated craft in the match and remained successful in winning the battle in hard-fought rubber games by working hard for 39 minutes.

The Dutch lady, who is in tremendous form at the moment, put up remarkable show of attacking badminton and remained successful in winning the battle in three games.

On the other hand, the Polish lady put up strong show of impressive badminton but failed to end it well and lost to her Dutch rival in rubber games with a narrow margin on the score board.

The opening game was mouth watering for the local crowd as both ladies put in all of their skills to prove their worth and remained equal on the score board until the 60-second interval.

After the break, Marije tried to play aggressive badminton but failed to control the bird and started to commit unforced errors and eventually lost the game to her Polish rival with a 16-21 score on the board.

In the second set, Marije changed her strategy and started to play with precision by taking the bird early from all areas of the court. She was in complete control this time and took a stunning lead over her opponent until the end of first half.

After the break, the Dutch lady progressed with the same speed as she did not spare any chance for her Polish opponent to catch up at any stage.

Marije remained on track and continued putting up staggering show of aggressive badminton and took the set with a superb margin of 21-12.

In the deciding game, Eva also played at her best speed and remained close to her Dutch challenger until the mid-game interval.

After the break, it was Marije who managed to take a reasonable lead at the ending points and remained successful in taking the game with a decent margin of 21-18. 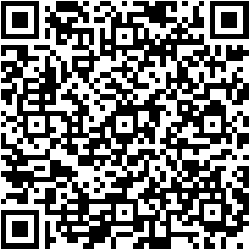