Piek and Muskens deliver for home fans on home soil

With the weight of expectation firmly on their young shoulders Dutch duo Selena Piek and Eefje Muskens delivered an emphatic two game win to ensure some home interest in tomorrow's semi-finals at the Dutch Open.

Much has been made about the prospects of this exciting women's doubles combination and today's quarter final performance was proof that this Dutch pair certainly have all the core ingredients to go to the top of European badminton.

On the opposite side of the net today stood quality Asian opposition and Piek & Muskens made their opponents from Singapore look more than average in a very one sided match. Mingtian FU and Yu Yang Vanessa NEO had no answer to the attacking power of the Dutch girls as the Singaporean duo looked increasingly nervous on their own serve after a series of early service faults.

"They got off to a nervous start been called four times on their serve so we knew that if we pressured them on their serve they would make mistakes." Said Muskens to Badminton Europe.

The Dutch took the opening game 21-11 with little or no pressure from Fu & Neo. The second game followed the same template as the opener with the Dutch controlling from the outset. Piek dominated the net exchanges and punched the air with every point won to the delight of the home support.

The Dutch piled on the pressure and came away with a 21-12 win in the second game in a match that they led from start to finish in each set.

"It is great to be safely in the semi-final and Saturday at the Dutch Open always has a huge crowd which are sure to be behind us" said a happy Selena Piek after the victory. 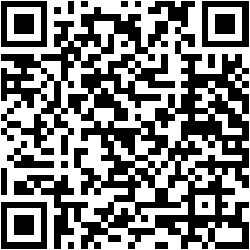