The Badminton World Federation membership will open a discussion about alternative options to the current scoring system at its annual Member's Forum in New Delhi, India, on Friday.

It will be the first formal discussion on this topic since 2006 when BWF introduced a rally point scoring system (21x3) which remains in place today. The world-governing body will be considering the matter as it seeks to continue innovative developments to improve badminton in all contexts - for fans, television, live streaming and for players at every level.

"Badminton is a great sport and, as with everything else, it's continually evolving. There have been various developments re. scoring which, as an international federation, we think the time is right to discuss with our members," explained BWF Secretary General Thomas Lund of the meeting which takes place on the sidelines of the Li-Ning BWF Thomas & Uber Cup Finals 2014.

"This session will introduce ideas around scoring and different scoring possibilities. It is designed to start a dialogue and consultation with our members on what we have now as a system and how this could be improved so generations to come continue enjoying badminton at its best."

The scoring system was on the agenda at a players' meeting held by the BWF Athletes' Commission last weekend; with BWF keen to canvass the opinions of those at the heart of the sport. At that gathering, Lund outlined reasons for contemplating a change in scoring systems while stressing players would be integral in any decision to retain or alter the current regulations. Among the benefits of a change, he listed creating more intensity and excitement in matches and reducing the length of time for matches which has steadily increased and been a challenge for scheduling.

Chair of the BWF Events Committee, Peter Tarcala, noted "there are various badminton leagues in the world with their own scoring systems... we need an uniform system" which has "more peaks (high points)".

Players were asked for feedback on three alternative scoring systems:

One of these could be selected after adequate testing at tournaments and feedback is considered from various stakeholders.

Chair of BWF Athletes' Commission, Emma Mason, urged players to voice their views, noting whatever decision is taken must be one "everybody supports" and that the transition should be smooth. 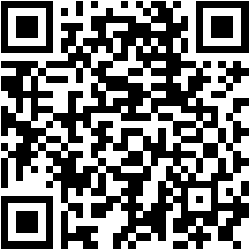