Japan became only the fourth nation to win the Thomas Cup when they beat Malaysia 3-2 in a thrilling final today.

The match that brought the curtains down on the Li-Ning BWF Thomas & Uber Cup Finals 2014 was a three game battle between Malaysia's Daren Liew and Takuma Ueda that swung Japan's way after 78 minutes of nerve-wracking badminton, 21-12 18-21 21-17.

Among other milestones, the victory marked a personal triumph for Japan's head coach Park Joo Bong, who had taken up the assignment nine years ago.

"I'm very happy that Japan has won this title for the first time ever. Our players' concentration was very strong. There was very high pressure, but we handled the pressure better than Malaysia. I've never won Thomas Cup as a player, but I achieved this magic moment today," Park said.

Japan's top-ranked player Kenichi Tago, who had an exceptional week, would have expected to at least run world No.1 Lee Chong Wei (below) close. That was not to be as the Malaysian flew to an early lead, and even though he was down 10-15 in the second, stepped it up to win the next 11 of 12 points: 21-12 21-16.

"I prepared myself for a tough match because Tago had beaten (world No.2) Chen Long," said Lee. "We never expected to be in the final. Our target was the semi-finals."

The doubles match that followed featured several long, slow rallies. World No.3 pair Kenichi Hayakawa/Hiroyuki Endo and Malaysian scratch combination Hoon Thien How/Tan Boon Heong found the early kill hard to come by and had to create openings through patience and craft. With the match drawing to a tight finish, Hayakawa and Endo focussed on dabbing the shuttle close to the net rather than seeking outright winners; the strategy worked as they kept a handy lead and scurried past the finish line: 12-21 21-17 21-19.

"This time we are focussing not on winning just another medal, but the title," said Endo. "We've lost so many Superseries finals and semifinals; those experiences have taught us a lot. Some of our juniors have already won world titles and we seniors haven't, so this time we want to show them that we can do it."

One of those promising juniors that Endo referred to was Kento Momota. The swagger of his steps marked a man with great confidence in his ability. Momota's greater firepower was evident and he never looked in doubt during the 39 minutes he spent on court against Chong Wei Feng, 21-15 21-17.

The second doubles - fourth match of the final - was unlike the first. Bursting with intense action, featuring leaping smashes, diving retrievals and quick-fire exchanges, the match between Malaysia's Goh V Shem/Tan Wee Kiong and Keigo Sonoda/Takeshi Kamura brought the crowd to its feet. Goh and Tan's sharper attack and calm defence won it for them after an hour: 19-21 21-17 21-12.

On the shoulders of Daren Liew and Takuma Ueda rested the hopes of their country. Liew sparkled as he responded to the energy of the crowd, but as the tense third game drew to a close, Liew made a couple of fatal errors in misjudging the shuttle. Ueda, who had stayed patient through the 78-minute encounter, nailed the tie for Japan when Liew smashed wide. Ueda was immediately buried under his teammates who piled over him in celebratory joy. 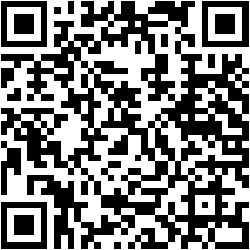