Dutch Open Finals: Go over with a Zhang 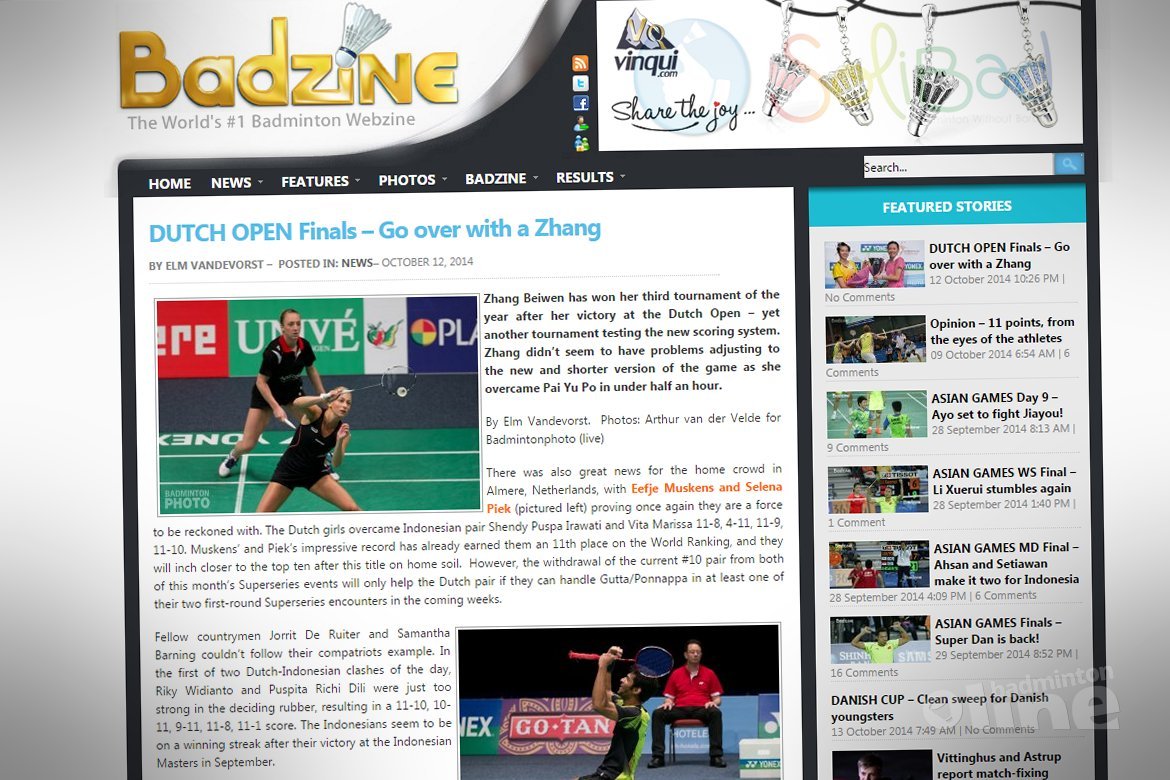 Zhang Beiwen has won her third tournament of the year after her victory at the Dutch Open - yet another tournament testing the new scoring system.

Zhang didn't seem to have problems adjusting to the new and shorter version of the game as she overcame Pai Yu Po in under half an hour.

There was also great news for the home crowd in Almere, Netherlands, with Eefje Muskens and Selena Piek proving once again they are a force to be reckoned with. The Dutch girls overcame Indonesian pair Shendy Puspa Irawati and Vita Marissa 11-8, 4-11, 11-9, 11-10. Muskens' and Piek's impressive record has already earned them an 11th place on the World Ranking, and they will inch closer to the top ten after this title on home soil. However, the withdrawal of the current #10 pair from both of this month's Superseries events will only help the Dutch pair if they can handle Gutta/Ponnappa in at least one of their two first-round Superseries encounters in the coming weeks.

Fellow countrymen Jorrit de Ruiter and Samantha Barning couldn't follow their compatriots example. In the first of two Dutch-Indonesian clashes of the day, Riky Widianto and Puspita Richi Dili were just too strong in the deciding rubber, resulting in a 11-10, 10-11, 9-11, 11-8, 11-1 score. The Indonesians seem to be on a winning streak after their victory at the Indonesian Masters in September.

However De Ruiter was already delighted to have made it so far into the tournament. In a Facebook-post after the semis, the Dutchman shared his enthusiasm: "With very good tactics and consistent play we managed to win our semi-final today in 3 games over the Russians. The last time we met them was on their home soil in Kazan, during the European Championships quarter-finals. At that time we won in 3 games (best of 3 until 21) and secured ourselves a European medal!"

The outcome of the men's singles was already a surprise before the start of the match as neither Ajay Jayaram nor Ishan Maulana Mustofa were expected in the lineup. The latter, the 2012 junior champion in Indonesia, was in his first big final but had a serious chance against his opponent, who has had a rather shaky season so far.

Victories at the Dutch open against Dionysius Hayom Rumbaka and first seed Rajiv Ouseph proved to be a true boost for Jayaram's morale however, as in five games he overcame his talented rival 10-11, 11-6, 11-7, 1-11, 11-9.

But the Indonesians had another chance to claim a title with Fran Kurniawan / Agripinna Prima Rahmanto Putra. Up against Baptiste Careme and Ronan Labar of France, who struggled with the new scoring system at the Belgian International as they were defeated in the first round by Harley Towler and Paul Van Rietvelde in just 19 minutes. The French must have learned a valuable lesson in Belgium, though, as they were too strong for their Indonesian opponents this time, resulting in a 5-11, 11-10, 11-10, 11-7 win.

Back to Zhang Beiwen - the shuttler now representing the United States had already won two titles so far this season and was keen to win another one at the Dutch Open. However Pai Yu Po had won their previous encounter at the Canada Open in July.

This time Zhang Beiwen, the current number 17 in the world, left no doubts as she was just too strong. After a one-sided degradation she trounced Pai in three games. While Zhang's new compatriots gear up for the Pan Am Championships in Canada, she will stay in Europe to play in the Superseries, as she is not yet eligible to represent the U.S. in the world or continental championships. 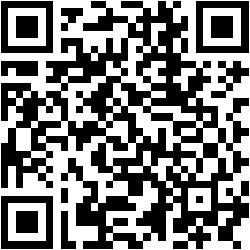