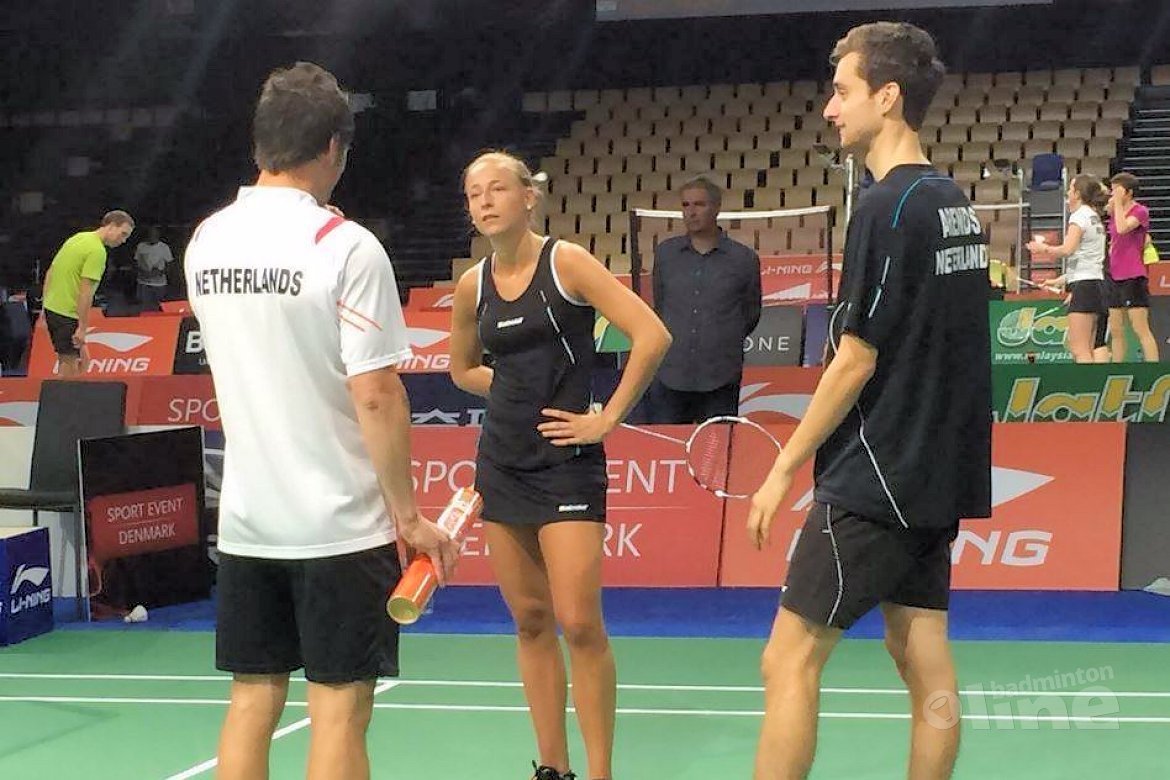 If defending titlists and in-form pair Zhang Nan/Zhao Yunlei retain the title, they will become the first-ever pair to win three Mixed Doubles world crowns. Should their rivals, Indonesia's Tontowi Ahmad/Liliyana Natsir triumph instead, Natsir would become the most accomplished Mixed Doubles player at the World Championships with four titles.

Having claimed the title in 2011 (London) and last year (in Copenhagen), Zhang and Zhao have everything going for them to add to their extensive collection of major titles. The top seeds are likely to face Germany's Michael Fuchs/Birgit Michels in the third round and old foes Joachim Fischer Nielsen/Christinna Pedersen (Denmark) in the quarter-finals. The Danes in fact have an impressive record against the Chinese - leading their head-to-head 9-8, and have won their last three encounters. The last of these was in April 2014, but Zhang/Zhao have been nearly unbeatable since then, and the expected quarter-final could well be a thriller.

No.3 seeds Ahmad/Natsir have a potentially tricky third round against Lee Chun Hei/Chau Hoi Wah. The Hong Kong pair stunned the Indonesians in The Star Australian Open, but the Ahmad/Natsir had their revenge shortly after, at the BCA Indonesia Open, after a hard-fought first game. The winners are likely to face either Ko Sung Hyun/Kim Ha Na (Korea) or Edi Subaktiar/Gloria Emanuelle Widjaja (Indonesia) in the quarter-finals.

No.2 seeds Xu Chen/Ma Jin go into the tournament having shrugged off an embarrassing problem. With their title win at the Indonesia Open, they broke a sequence of 16 straight losses to compatriots Zhang/Zhao, and in doing so, ensured that they go into the World Championships as potential titlists. Xu/Ma have faltered in the finals on two occasions, and will sense this as a great opportunity to finally climb atop the podium.

While the spotlight is on the four prominent pairs, a few others could steal the show. Korea's Ko/Kim had a title win at the Yonex Open Chinese Taipei, putting them in the right frame of mind for the World Championships. England's Chris Adcock/Gabrielle Adcock have been efficient - if not spectacular - in recent months, and could make the last eight.

China's Liu Cheng/Bao Yixin, who are in the Adcocks' quarter, have the ability to go all the way. Another Chinese pair, Lu Kai/Huang Yaqiong, are in the same quarter as Xu/Ma, and if they are able to upset their senior compatriots, might fancy their chances of taking the title. Other pairs who could upset the more fancied names include Jacco Arends/Selena Piek (Netherlands), Riky Widianto/Puspita Richi Dili, Praveen Jordan/Debby Susanto (both Indonesia), Mads Pieler Kolding/Kamilla Rytter Juhl (Denmark) and Chan Peng Soon/Goh Liu Ying (Malaysia).