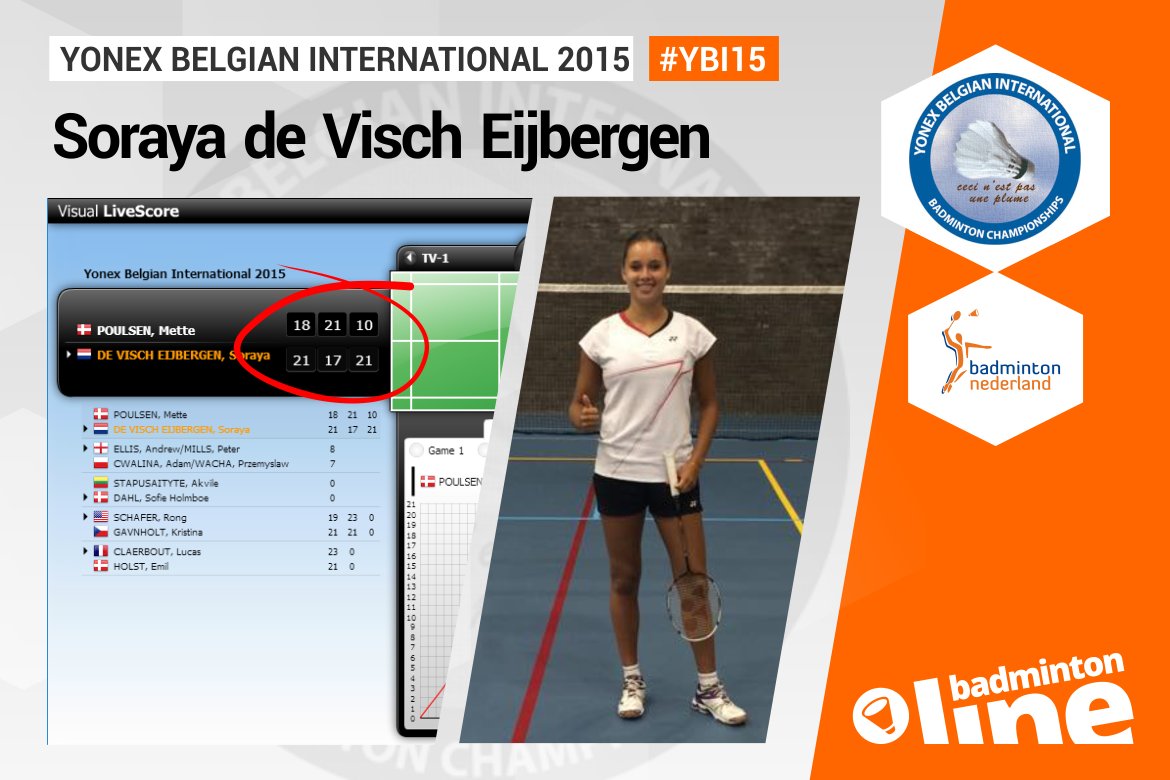 I'm incredibly happy to be through to the quarter finals of the Yonex Belgian International!

This afternoon I played against Luise Heim (WR 272) from Germany. While the scores don't really reflect it (18-21 and 15-21), I felt I was in control in both games. In the second game I was able to create a 2-4 point distance between me and Luise and graduate to the next match of the day. Jelle Maas, thank you for coaching me!

Against Mette Poulsen (WR 72) from Denmark, I knew it was going to be a different kind of match. She'd played a three-game match against Linda Zetchiri [3] earlier today, exceeding an hour of court-time.

In the first game I was trailing up until we reached 17-17 from where I accelerated to 18-21. In the second game Mette took the lead straight from the start and didn't let go (21-17). The third game I was focused on creating and keeping a lead. After the mid-game interval I was off to victory, scoring an unbelievable 8 consecutive points, winning the match 10-21. Ruben Jille, thank you for coaching me!

This all means I'm through to the quarter finals where I will meet fifth-seed Rong Schafer from the USA. She's 8 years my senior and holds a number 33 (career high) spot on the world ranking. This'll be our first match and I'm curious to see how I can answer her experience in tomorrow's quarter final.