Piek and Arends banish memory of 2014 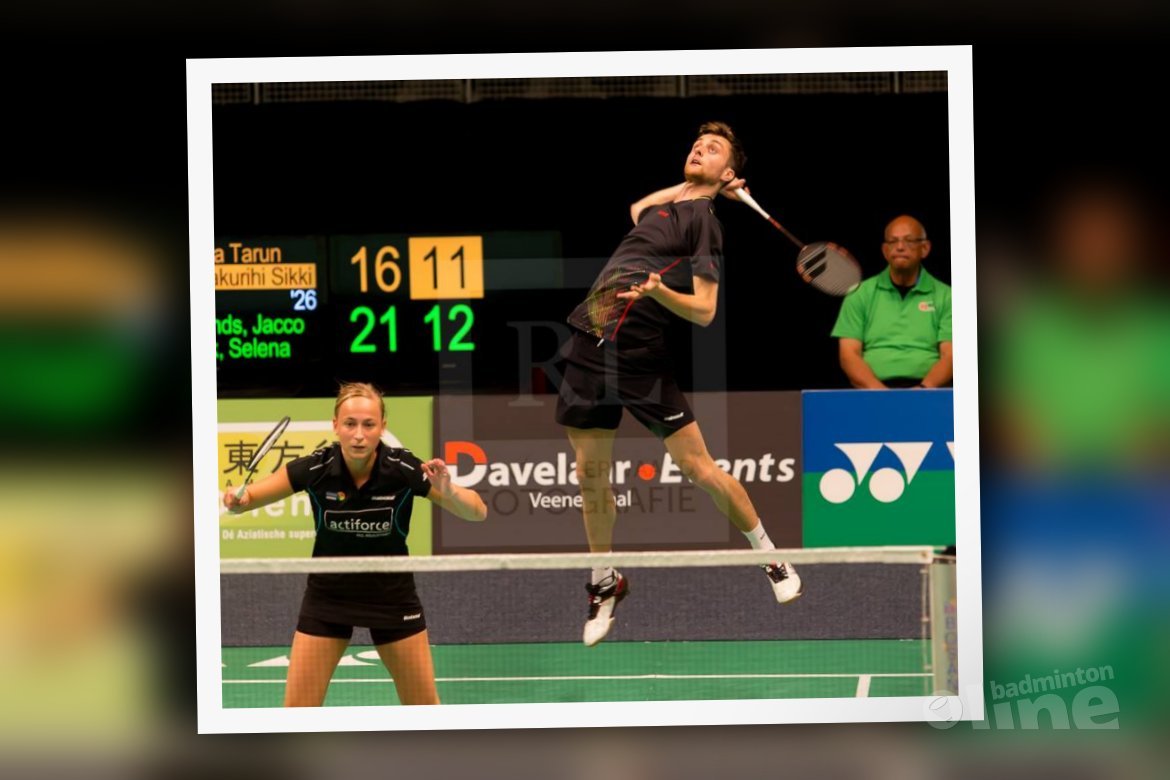 2014 was not a vintage year for Jacco Arends & Selena Piek in terms of mixed doubles success on home soil. The current world number 15 pair went out in the first round to Russian pair Kosetskaya and Yartzev during the testing period of the experimental rules.

A lot of water has gone under the bridge since from a Dutch perspective and Piek & Arends controlled their first round match today in Almere to banish those 2014 memories for good defeating Tarun & Reddy of India 21-16 21-15.

"It is always good to come home and play in our home event. We can live at home for the week and enjoy home food which is a rare thing for us these days", said Piek after the victory.

"It was nice to get this win today after losing the first round last year and we feel we have really progressed as a pair over the months in between playing more on the Super Series circuit."

The Dutch will be one of the favourites to lift the title this week after overcoming that tricky opening round match but with some quality pairings in the field they will need to be at their best. Mateusiak and Zieba won in two games over Durkin and Vislova and the Poles are looking for their fifth win in six events back together.

Top seeds Fuchs and Michels took three games to get by Irish siblings Sam and Chloe Magee and are really going to need to find another gear to trouble the Poles who lie in wait in a prospective all European quarter final.

Germany's Dieter Domke and Czech number 2 Petr Koukal while good friends have had recent history in important matches in big tournaments. The German got the better of Koukal at the beginning of the summer in a bronze medal match at the European Games in Baku and Koukal would certainly have enjoyed some revenge in today's second round in Almere.

While Baku was a tight match today Domke dominated to leave Koukal disappointed once again losing out 21-11 21-15 in the battle of the tall men.

Estonia's Raul Must continued his run of good coming through two rounds on the men's singles taking down Flemming Quach and Nick Fransman both in two games to reach round three.

In the bottom half of the draw both Kestutis Navickas and Pedro Martins are heading towards a quarter final shoot out. The Lithuainian and Poruguese number ones looking comfortable in today's opening round encounters.

A glimmer of hope for Schnasse

A poor run of form has hampered the progress of Germany's Karin Schnasse in recent weeks. Today the German number 1 has appeared to turn the form corner controlling her first round match against Mette Poulsen of Denmark. Schnasse, as third seed, took little time in dismissing the threat from Poulsen to advance to the second round with a 21-9 21-13 win.

Tournament favourite Kirsty Gilmour looked a little bit shaky at time against Fabienne Deprez before eventually seeing the match through in three games to set up a second round tie with Lianne Tan of Belgium.

The circuits form player Olga Konon finally gave up her 100% season record in what was the match of the day in Almere. The German showed her battling qualities before eventually going down to Thai Nitchaon Jindapon 19-21 21-19 19-21 in a draining encounter that lasted a full hour. The Thai player is heading towards a semi-final shoot out with Gilmour and would be a worthy winner given her display today.