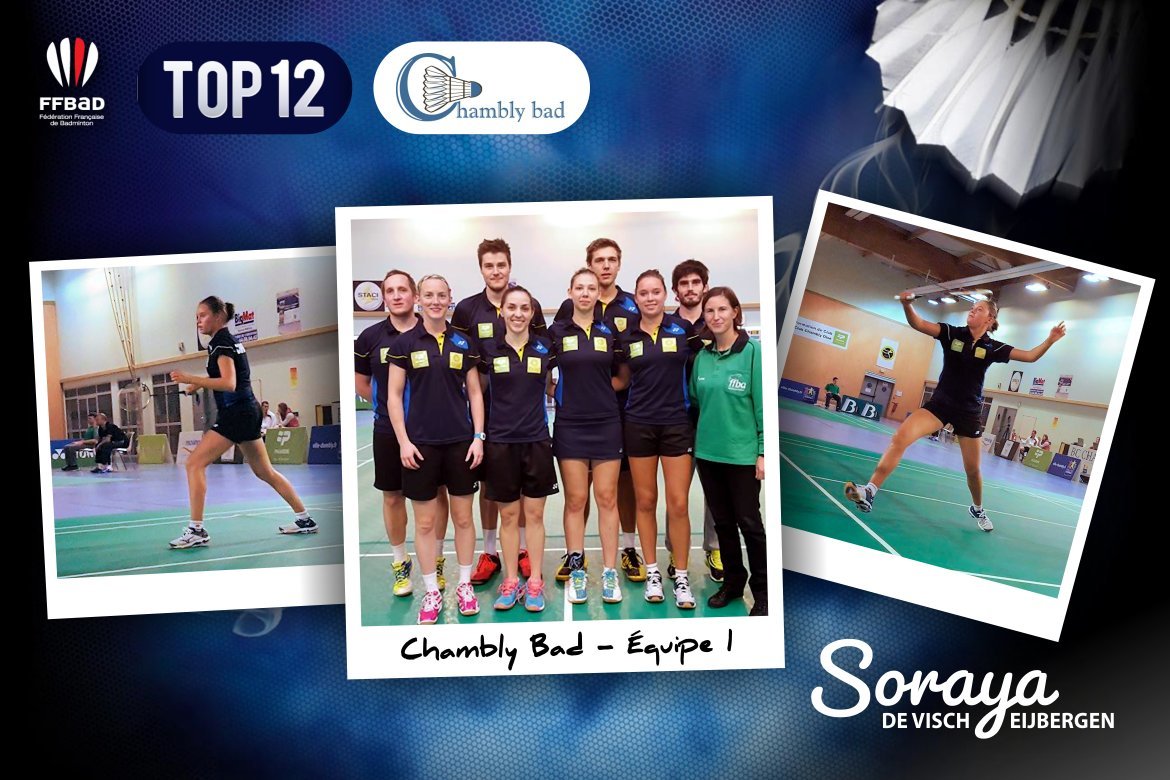 Last Friday I flew to Chambly (near Paris) to prepare for my team match with Chambly Bad on Saturday, October 31st at 4 PM.

Unlike in the Netherlands the order of play in Le Top 12 in France does not follow the match form. This means that the confrontation with Strasbourg started with the men's and women's doubles, which both went to my team in straight games. The men's singles went to Strasbourg, both with 19-21 in the second game.

At 2-2 level it was 'up to the girls' to try and shift the balance back to Chambly Bad's side. In my own match I wasn't at my best and in the first game I really needed to get a feel for the style of play of my opponent Teshana Vignes (21-16). The second game was a clear turn-around and after an 11-5 advantage at the interval I was able to push through to 21-10 and add a point to my team's result. On court 1 Beatriz Corrales struggled a bit in her first game (20-22), but set things straight as clear as could be: 21-12, 21-9 adding another point towards Chambly Bad!

Up 4-2 the mixed doubles were going to decide whether this match would end in 'remise' or a victory for Chambly Bad. So yes, "Allez Chambly!!!" Imogen Bankier and Bastian Kersaudy showed off their skills and athletic superiority by winning 21-16 and 21-12. A 5-3 win for the team!

My team demonstrated its willingness to go the distance and that has kept us in the lead in the French Le Top 12 with a total of 16 points. Aulnay Sous Bois is trailing by 3pts at 13pts and come November 21nd we'll play Red-Star Mulhouse (9pts). RSM has an astounding 23 names on its players list, including Dutch legend Dicky Palyama and former national team player Patty Stolzenbach.

I wish to thank my team mates and of course all the club enthusiasts for yet another great weekend in la douce France. Merci bien!

My crowdfunding campaign for the Malaysia and India Grand Prix Gold tournaments comes to a close in five days. If you're interested in supporting my participation in these events, please visit sorayadve.nl. I appreciate all the support I receive, thank you!