Finals day at the Yonex Dutch international was always going to be about the all Dutch match up in the women’s doubles final between top seeds Lotte Jonathans and Paulien Van Dooremalen and the pretenders to their throne Selena Piek and Iris Tabeling.

The Dutch top seeds came into the tournament knowing that nothing less than a win was essential in their quest to make the London Olympics. After a runners up spot last year the differential in points is what Jonathans and Van Dooremalen needed mostly as we enter the final straight in the Olympic qualification period.

The match itself proved to be full of entertainment for the local supporters and after Piek and Tabeling took the opening set the pressure was squarely on the shoulders of Jonathans and Van Dooremalen. The top seeds, who were always a bit shaky on their own serve, managed to take the second game 21-19 and in a thrilling third a deciding set took the match after squandering three initial match points to lift the title 23-21.

"The was a lot of pressure on us here to win as nothing less than a win was going to be good enough in terms of points for Olympic qualification. We suffered a bit on our own serve today also with some poor errors but we fought hard and came through to win which can only give us confidence ahead of the European championships next week" said Van Dooremalen and Jonathans to Badminton Europe.

Yao Jie made it two wins for the home nation in a tough three set game against young Malaysian Sonia Su Ya Cheah but there was disappointment for the Dutch men's doubles pairing of De Ruiter and Khodabux as there were outclassed on the day by the new exciting pair from Malaysia Teo and Heg.

The Polish mixed doubles pair of Zieba and Mateusiak gained some valuable Olympic qualification points as they stormed to a deserved win in to sets over Russian pair Ashmarin and Panushkina. The Poles will now go to the Europeans full of confidence and will surely be looking for a medal in Sweden on the back of the good recent form.

There was no men's singles final at the Dutch today as Anand Pawar was forced to retire before a shuttle was hit due to a stomach injury. The title went to Andre Kurniawan Tedjono in what was a good week for the Indonesian who always performs well on the Badminton Europe circuit. 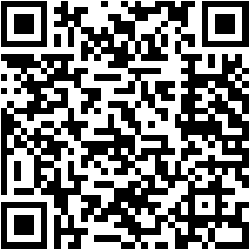