If you didn't believe in fairy tales before there is certainly good cause to have a change of mind after today's extraordinary events at the quarter finals stages at the European Championships in Karlskrona, Sweden.

Peter Gade, who without question has been the greatest European badminton player and ambassador of his generation, fell at the sword of local boy Henri Hurskainen to relinquish his crown and the remarkable record of never been beaten in a European Championship match throughout his amazing career. Gade will admit himself that he has not been at the best of his form recently but today’s defeat was certainly unprecedented and unforcasted as even playing below par everyone expected the great Dane to cruise through to the semi finals.

The Swedish supporters had come out in force to support their man and Hurskainen, who has been in sparkling form on the Badminton Europe circuit recently, did do fail to deliver the spectacle they wanted.

Even after losing the first game the whole arena expected Gade to come back and that he did in the second to tie the match at one game each. There was a point in the third where Gade took an 18-11 lead and everyone was subconsciously applauding the Swede for putting up a good fight against the Champion.

But then the fairy tale kicked into overdrive and slowly but surely Hurskainen clawed Gade back with some patient and calm play. It was Gade who started to wobble and make errors and when Hurskainen levelled the match at 19-19 the huge crowd went crazy. The Swedish train was heading forward at full steam and on clinching match point Hurskainen fell to the ground in sheer disbelief.

"I cannot believe this. This is without exception the greatest moment of my badminton career and to beat the best player in Europe on my home soil is really mind blowing. I knew even when I was so far behind in the third that I still had a chance and inside I just stayed focused and calm. The big challenge now is to stay in the present and get ready for the semi final as I want more than a bronze for me and for Swedish badminton", said an overwhelmed Hurskainen to Badminton Europe.

If this upset was not enough in one days play the top seeded Danes of Fischer Nielsen and Pedersen were taken down by a rejuvenated Mathusiak and Zieba in two sets in the mixed doubles and in the battle of Britain Adcock and Bankier somehow managed to close out the game against Wallwork and Robertson to finally secure their Olympic qualification.

"Yes that is it for us now. I can say we have qualified and it is a great feeling and such a huge relief. We somehow got out of jail in that match but now the pressure is off and it’s time to go in search of gold here in Sweden" said Adcock and Bankier to Badminton Europe. 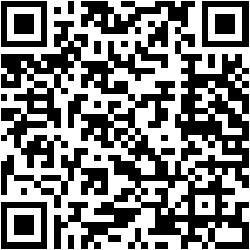