BWF: Disqualifications Must ‘Serve as Lesson’

Badminton World Federation (BWF) has signalled strong support for investigations into the incidents leading to the disqualification of eight badminton players from the London Olympic Games.al Challenge rated tournament of the season.

In correspondence to its entire membership, BWF President Dr. Kang Young Joong said: "BWF notes favourably, from media reports, that internal investigations and evaluations of this matter have taken place in some of the three countries directly involved. BWF would like to express our support for such steps."

Additionally, he insisted the spotlight should not only fall on players but also on "coaches, managers and other influential persons within the respective national badminton entourages to ensure all stakeholders subscribe to the expected ethical standards and sporting ideals".

While the matter – stemming from two Women's Doubles matches in the final round of Group Stage action – involved four pairs from three countries (China; Indonesia; South Korea - two pairs), Dr. Kang stressed it "must serve as a lesson to us all" and called on each BWF member association "to review its elite structures and programmes; thus ensuring badminton is played with the highest degree of ethical sporting standards".

"It is incumbent upon all of us in the international badminton family to guarantee our sport's integrity and to strengthen its standing among the global sporting community. This is a priority of utmost importance and we cannot shirk from this duty. Such an embarrassment must never befall us again," he said.

As pledged, he disclosed BWF is "already reviewing the playing regulations and any decisions about changes will be deliberated at our upcoming Council Session in November". The world-governing body also reaffirmed its commitment to "creating increased awareness among players and their entourages regarding badminton's ethics…and anticipates the full and uncompromising backing of its member associations in this effort".

The BWF President noted badminton's international profile, financial wellbeing and fan base have grown appreciably in recent years and there's much of which "we in the badminton fraternity can be proud". Citing the fact that all badminton Olympic sessions were "sold out" and "more matches than ever were played and televised in an Olympic Games", he said the sport is now televised throughout the year in 150 countries and with more than 7,000 hours of television coverage. There has also been a significant increase on BWF's broadband channel (www.badmintonworld.tv) with nearly 15 million views and close to 35,000 subscribers since its official launch.

"Badminton is a wonderful sport, enjoyed by millions at professional and recreational level," he noted, while cautioning that the sport's recent progress and gains "cannot be taken for granted". 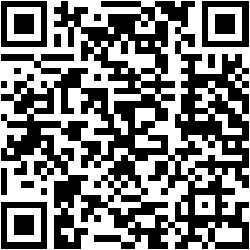