Thailand player, Bodin Issara's two-year suspension has been unanimously upheld by a BWF Appeals Panel which determined there were "proven breaches of the BWF Players' Code of Conduct".

The three-member body dismissed Issara's appeal and confirmed he is ineligible to compete in all tournaments sanctioned by the Badminton World Federation (BWF) for two years (24 months), effective 21 July 2013. In accordance with the BWF Judicial Procedures, the player has also forfeited his appeal deposit of US$500.

This decision follows Issara's appeal against a two-year ban imposed by the BWF Disciplinary Committee which found him guilty of five breaches of the BWF Players' Code of Conduct: Sections 4.1 (Inappropriate Conduct); 4.14 (Oral Abuse); 4.15 (Physical Abuse); 4.16 (Unsportsmanlike Conduct) and 5.1 (Conduct contrary to the integrity of the game).

These charges stemmed from an altercation between Issara and another Thai player, Maneepong Jongjit, during the Men's Doubles final of the Yonex Canada Open on Sunday 21 July, this year.

The BWF Disciplinary Committee had also stipulated that 22-year-old Issara forfeit the world-ranking points and prize money earned from the said event. The player did not appeal those aspects of the original ruling.

Jongjit, who received a three-month ban for three breaches of the BWF Players' Code of Conduct in connection with the same incident, did not appeal and has recently returned to competition from suspension. 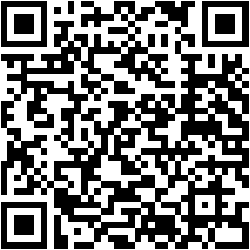