Players competing at the BWF World Superseries Finals will be the first to benefit from instant reviews in badminton, being allowed two challenges per match during the season finale in Malaysia.

When play gets underway at Kuala Lumpur Badminton Stadium on 11 December, the Badminton World Federation (BWF) will stage a live test of line-call technology, conducted via a camera-based system which will be set up on the television (TV) court only.

Singles players or doubles pairs with matches on the TV court will be able to challenge line calls or umpire overrules of line calls. If a line call, after review, is deemed correct the player/pair loses one challenge. Two incorrect challenges means a player/pair will have no more challenges for the duration of the match.

However, if the player/pair challenges successfully they do not lose a challenge.

Challenges must be made immediately after the shuttle has landed and the call made by the line judge and before the commencement of the serve for the next rally. A player/pair should clearly state "Challenge" to the umpire and signal their request by raising their hand/arm simultaneously.

"We know players have been eagerly awaiting the introduction of instant reviews and we are pleased to unveil one of the options and to see how it works," said BWF Secretary General, Thomas Lund.

"We have done lots of testing during this year's OSIM BWF World Superseries to finalise how this system works and we are confident it will add to the drama and excitement of the Superseries Finals – both for players and fans."

"The BWF looks forward to feedback from the players and obviously, if everything goes well, the plan would be to implement instant reviews as soon as possible."

Meanwhile, the BWF Athletes' Commission applauded this positive news, highlighting the importance of player involvement in the process.

"The Athletes' Commission is pleased that players will have an opportunity to test the proposed technology for instant reviews at the upcoming Superseries Finals."

A description of the review procedure explained that the system "comprises ultra slow-motion cameras down the court lines which are sending images to a control position near the referee…On a signal from the umpire, the operator will display the images to the referee…He/she will then decide to uphold the line judges’/umpire’s decision or overturn it." 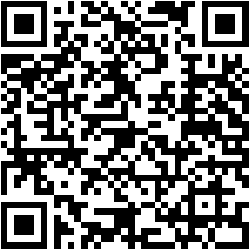