The clash between VELO, the Dutch champions and Recreativo Les La Orden was always going to be the crunch match of group two of the 2014 European Club Championships in Amiens.

Top spot in the group was essential to avoid the reigning champions Primorye Vladivostok in the quarter finals and a pair of Lisa Malaihollo points puts VELO in pole position to win the group.

VELO, who already had one match under their belt after their victory over TBR of Iceland yesterday, got off to the worst start possible losing the opening mixed doubles which they would have expected to win and after the first three matches trailed the Spanish 2-1 thanks in no small part to the performance of men's singles circuit champion Pablo Abian.

Malaihollo then steadied the Dutch ship taking the women's doubles alongside Myke Halkema which came as a relief to the Dutch youngster. "After losing the first mixed it was nice to get back out on court soon after alongside Lisa and get that winning feeling again" said Halkema.

That women's doubles victory proved to be the catalyst for a Dutch comeback led by Malaihollo who was soon back out on court in the second women's singles. In a tight match the Dutch girl was very relieved to come through in two tight games.

"I am very happy to win the vital fourth point for the team" said Malaihollo. "We have a really good team spirit and even though I was tired in the singles match I just kept fighting for the team."

The Dutch went on to win the match 4-3 which all but guarantees themselves top spot in the group.

Today's results of the group stage: 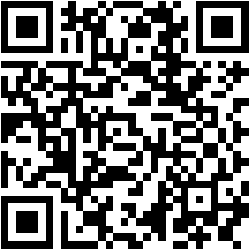