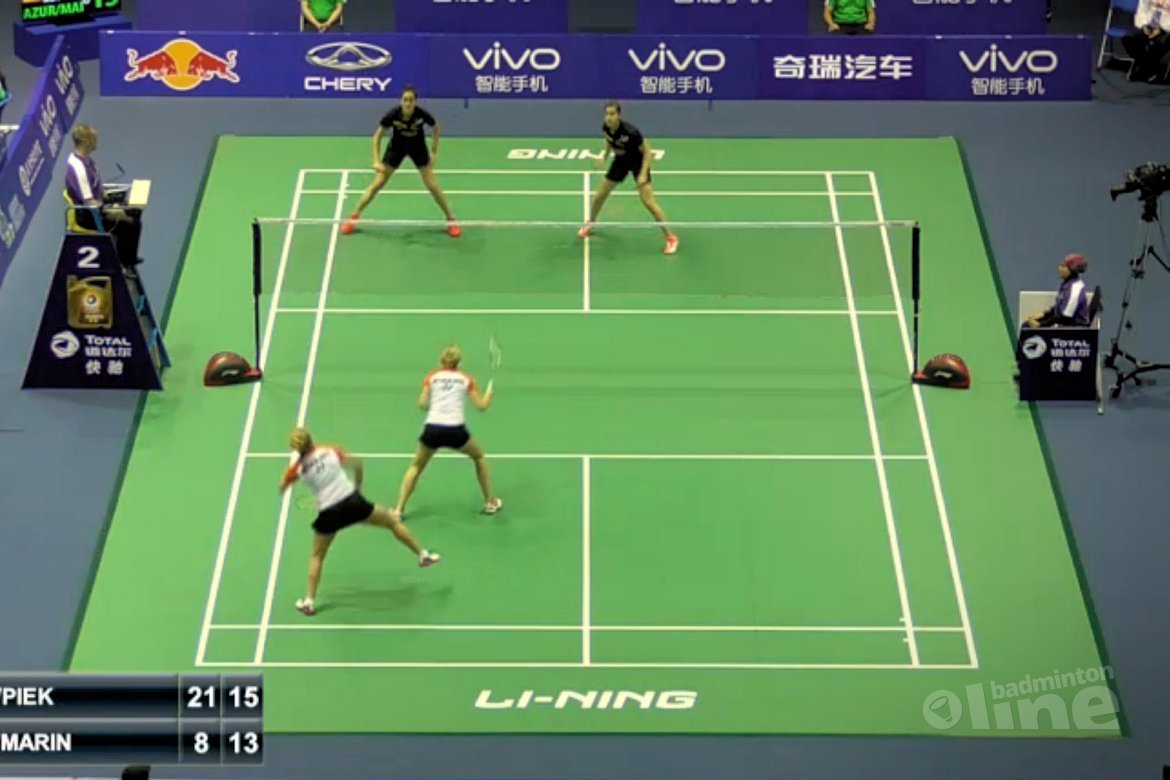 Netherlands' strength in doubles helped them overcome Spain for their second successive sub-group 2A win in the Vivo BWF Sudirman Cup today.

Spain's strategy in keeping World champion Carolina Marin only for the doubles didn't quite come off. Marin partnered Pablo Abian in the opening Mixed Doubles and although they took a game off Jacco Arends and Selena Piek, they couldn't stretch the Dutch in the third game.

However, Spain came back strongly in the singles. Ernesto Velazquez was involved in a fierce struggle with Mark Caljouw before the Spaniard emerged victorious, 21-12 21-23 21-19.