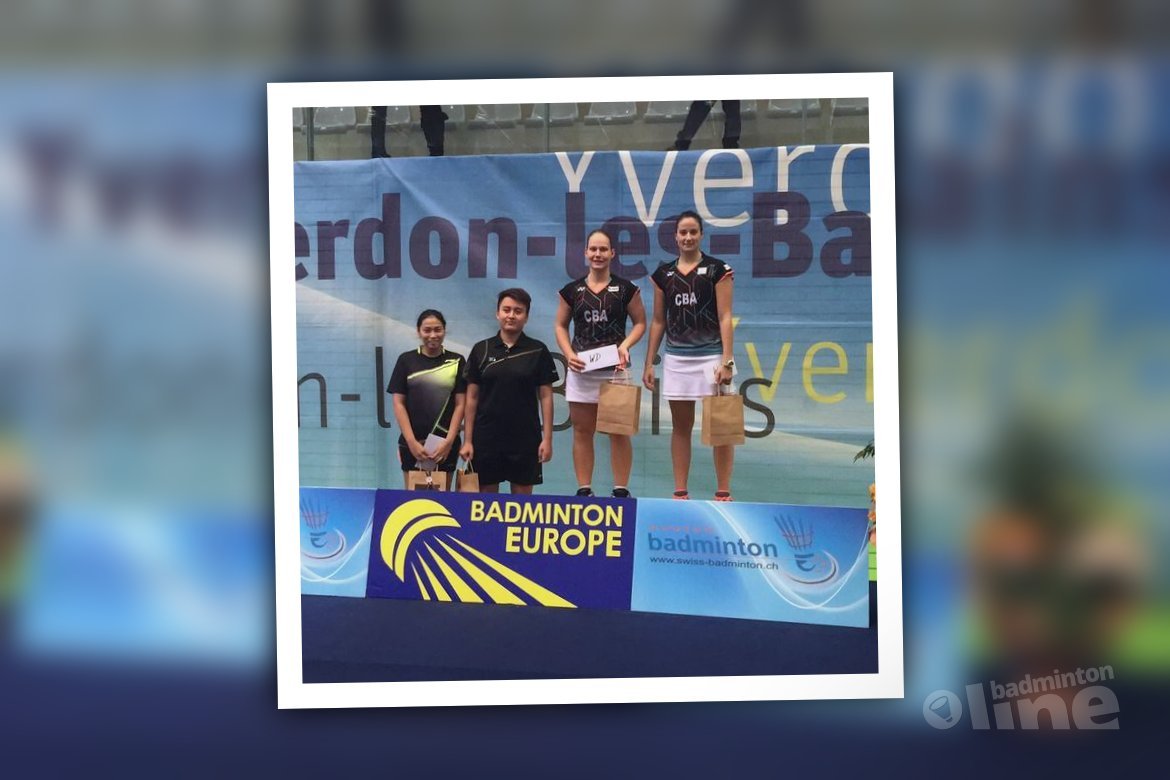 The Swiss International concluded this afternoon in Yverdon-Les-Bains and as expected the travelling Asian contingent walked away with most of the titles.

Flying the flag for Europe were Samantha Barning and Iris Tabeling as the Dutch lifted the women's doubles title.

The Dutch pair showed signs of better things to come last week at their home Dutch Open Grand Prix only going down in three games to eventual winners the Stoeva's of Bulgaria and as a result Barning and Tabeling took a renewed confidence to Switzerland this week.

The Dutch duo were clinical from start to finish, not a single set dropped as they cruised to the title. In a match that lasted only 24 minutes Barning and Tabeling sauntered home 21-11 21-10. The manner of their final win over Bernadeth and Variella of Indonesia can only serve to build confidence as last week the Indonesian's were a thorn in all the European pair's sides.

Konon - Lost but not defeated

It was not to be for Germany's Olga Konon in this afternoons final. The German national champion came unstuck against the same player for the second time in two weeks but two wins and runners up sport from three circuit events since September has now set the German out as the player to beat on the circuit.

As in the Dutch Open last week, Konon went down in three sets to Thailand's Nitchaon Jindapol but racked up another brace of world ranking points in the process as she heads towards the world's top 50.

"I have to congratulate Jindapol today, she was the deserving winner and I certainly have enjoyed my games against her this past two weeks. I may have lost today's final but I am not defeated as so far this new season has gone as good as I could have hoped for. I now look ahead to a week's hard training and then the Bitburger GPG at home."

Ville Lang continued his positive progression and the Finn in losing will once again be happy knowing his games is heading in the right direction as his Scottish Open defence looms ominously on the horizon.

Lang lost out in today's final to Malaysian Iskandar Zulkarnain Zainuddin in three games in a typical Ville Lang match which stretched beyond the hour mark.

Robert Blair did notch up some additional European success partnering Pia Zebadiah Bernadeth to the mixed doubles title and Malaysia collected their second title of the day as Koo and Tan went back to back in Europe adding the Swiss International title to the Dutch Open title they collected in Almere last week.