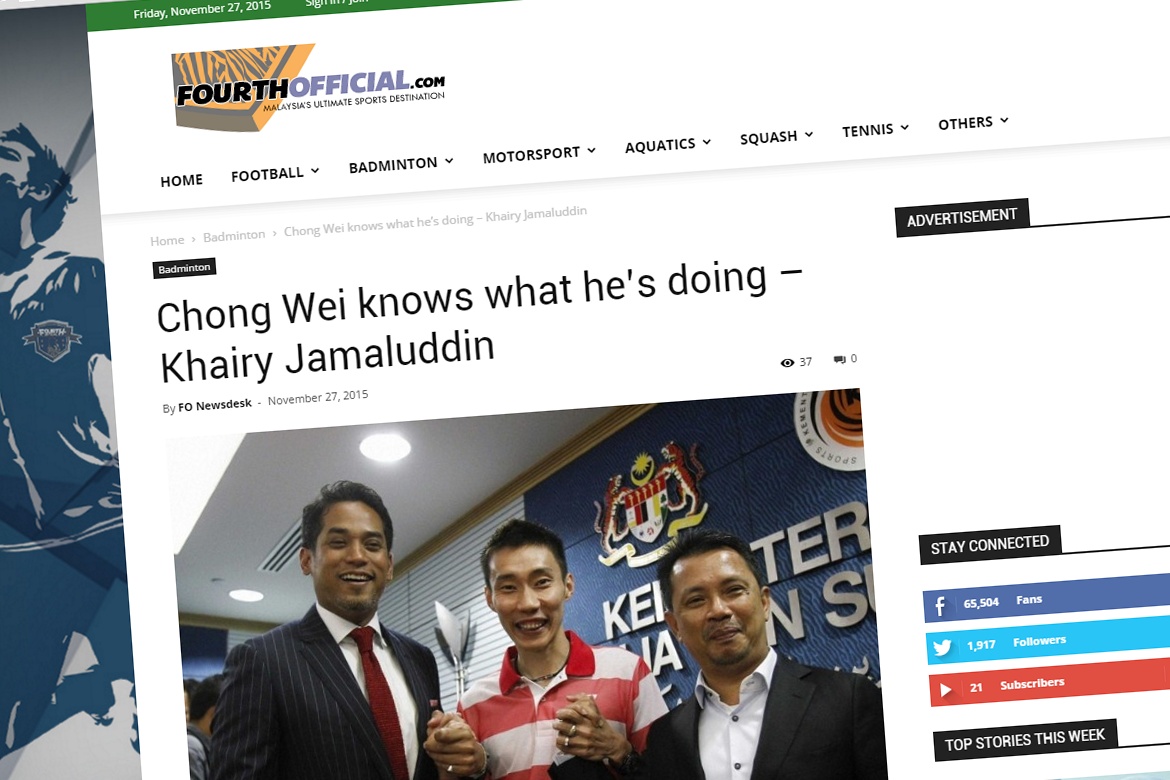 The former world number one, who recently criticized Malaysian fans for their attitude, has still been facing skeptics, despite his recent success at the China and Hong Kong Open. In fact, some claim that hitting top form at this stage is pointless and that his momentum would drop before the Rio Olympics.

Khairy though, completely disagreed. "How can we think that way? When he loses, we criticize him. When he wins, we say he's hitting form way too early," he told Sinar Harian.

"I think Chong Wei knows what he's doing and we'll be helping him out in maximizing his preparation, before he heads out to Rio," Khairy added.

Chong Wei will be taking a short break to recuperate, before returning to action in the Malaysian Open next January. Since his double victory over the last two weeks, Chong Wei has jumped to third spot on the BWF World Rankings.