The Austrian Open 2018 in Vienna has ended for the Dutch badminton players with only Soraya de Visch Eijbergen reaching round two.

Wednesday's qualification match of Joran Kweekel against Kean Yew Loh (WR270, Singapore) resulted in another 'walkover' next to the Dutchman's name. Badminton Nederland cited knee problems as the cause for the umpteenth last minute withdrawal by Kweekel.

This Friday, as predicted, Soraya was confronted with qualifier Anna Thea Madsen (WR210) from Denmark, whom she lost to in Ireland. This time around the first game actually resulted in badminton at an equal level. At 20-20 De Visch Eijbergen had an opportunity to take the game, but Madsen kept her cool (20-22).

The second game started much as the first had ended, with scorelines never far apart. Trailing 7-6, however, the Danish fond of unicorn and rainbow emojis player scored six consecutive points, forcing the BC Thuve coach into a trailing position she wasn't able to recover from. At 16-19 Anna Thea Madsen took the remaining point and ultimately the matchpoint to progress to the quarterfinal.

The runner-up of this month's national championships in men's singles made his return to the international circuit after about a two month hiatus. Currently fallen down to a world ranking of 130 he was challenged by 19 year old Jun Hao Leong from Malaysia (WR128).

Nick won the first game with 21-18 after trailing almost the whole time. In the second game his Asian opponent stayed in the lead for 32 straight rallies (11-21) and the decider also went to Leong (14-21). Nevertheless, it's good to see Fransman back in the game.

Gayle Mahulette: haters back off!

The Dutch national champion women's singles of 2014, 2017 and 2018 referred in her latest vlog to 'people' not believing in her and how to cope with self-doubt in those moments.

Gayle Mahulette (WR79) went up against Asty Dwi Widyaningrum (WR158, Indonesia) and the latter took the first game victory with 21-19. Sixth seeded Mahulette recovered well by winning the second game (15-21) by taking and keeping the lead from 3-3 onwards. In the decided the Indonesian returned the favor from 8-8 onwards, leaving the Dutch Maluku talent with only 14 points and an exit from the tournament.

Click here for the results of the Dutch matches. 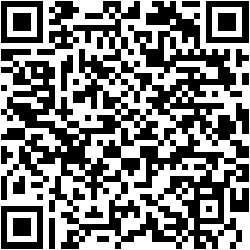