What happens to her tournament seedings if Tai Tzu Ying is pregnant right now? In a recent New York Times article by David Waldstein it is said that the US Open Tennis Championships organization is changing the way it handles seeding decisions with regards to players coming back from pregnancy.

The discussion follows from tennis player Serena Williams, who gave birth to her daughter in September of 2017, not receiving 'special treatment' after entering the French Open last month. At the start of her pregnancy leave she was ranked number one in the world, dropping to number 491 several months later due to inactivity.

Pregnancy leave in the world of badminton

In the sport of badminton your world ranking is the deciding factor with regards to seeding positions. For doubles pairs their notational ranking might be factored in.1

When players get injured on- or off-court and they are sidelined for months on end, their ranking usually suffers. There currently are no specific provisions in place that would protect their seeding positions they would have had sans injury, other than the notational ranking 'adjustment' for pairs that have played fewer than eight tournaments together in a 52-week period. This is a particular benefit that women's and men's singles players do NOT enjoy.

If you get pregnant (more so for women's singles than [mixed] doubles players) you simply have to accept the world ranking consequences of your intimate decision-making process.

What would happen then, if a (by biological determination FEMALE) singles player should get pregnant while badminton world number one?

Please note: the following is a hypothetical situation!

Tai Tzu Ying currently is 24 years and four days young and world number one in women's singles. Imagine this Taiwanese player announces her and goes on pregnancy leave in October this year, gives birth on March 24, 2019 and after only four months (one month later than Serena Williams did) she wants to compete.

The Indonesia Open 2019 takes place from July 16 to July 21, 2019 and a World Tour Super 1000 tournament is a great comeback event for Tzu Ying. June 14, 2019 is the world ranking date for seeding of the Indonesia Open and due to Tai's inactivity on the circuit, her ranking will have dropped substantially to somewhere round the number 150 position.

So... No special treatment for Tai Tzu Ying, a (women's) singles player who would have not played for months due to pregnancy.

The WTA (in tennis) already has provisions that help tournament organizations to adequately deal with players returning from pregnancy, giving them 'ranking protection', likely similar to what the BWF designates 'notational ranking' for (mixed) doubles players.

The aformentioned 'ranking protection', however, does not apply to seeding positions, (not) preventing players like Serena Williams from having to play first round matches against top seeds.

In the world of tennis there are proponents of giving players leaving for pregnancy protected seeding positions as well as opponents, who say a pregnancy should not be handled any differently from a player who sustains a long-term injury. Should a player like Williams get a spot on the seeding list, another player who was eligible for seeding is bumped. Very much an unwanted 'special treatment' for a lesser god.

Do we want this in badminton?

Is a protected seeding position after a pregnancy something we want for the world of international badminton? Should we treat players who choose to get pregnant willingly (usually this is a conscious choice) differently from players who sustain a long-term injury unwillingly (fairly seldom by choice)?

Both suffer from drops on the world ranking and only one of them did so on purpose...

11.5. The seeding of the draw at all BWF Sanctioned Tournaments shall be done using the World Ranking for Grade 1, 2 and 3 as published on the reference date (Time Lines for Tournaments (BWF Statutes, Section 5.3.2)) even if results are missing. In each Event, the entry which is ranked highest shall be seeded number 1, and the next highest number 2, and so on until all seeds required by Regulation 11.7 are decided.

11.6. Before implementing Regulation 11.5 in doubles Events in which the BWF or Continental Confederations do the seeding, the World Ranking of each pair shall be modified for seeding purposes when Regulation 11.6.1 or 11.6.2 applies. (For explanation please refer to the Explanation of Adjusted & Notional Ranking (BWF Status, Section 5.3.3.4)). 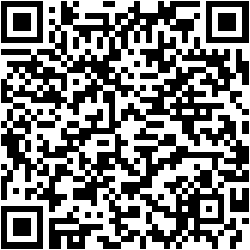