It's becoming sort of a tradition, the Yonex Dutch Junior started again with some technical problems. The live score on court 1 failed a few times today.

Starting with the first match of today, Robin Tabeling & Gayle Mahulette who happened to be the only mixed doubles couple from the Netherlands that has won their first round playing a match. Everything else went smoothly, and no big surprising results. Only England’s mixed double’s couple Maccarthy/Sankev [5/8] lost their first round against the Indonesians Subaktiar and Oktaviani with 21-14 and 21-10, but the insiders were not really surprised by that, and as it looked like the Indonesians weren’t showing all they’ve got, we are looking forward to their next match Friday morning at 11:00 AM.

From 2 O’clock the first men’s singles got on court, with almost immediately a matchthat just wouldn’t end. Marijn Put from Belgium versus the Scottish Ruaraidh Sim, played a 44 minutes long single. Both players tried their best, and after loads of dives and smashes, mr. Put finally screamed of victory. When you think you’ve just seen the match of the day, the first round match between Indonesia and India took off. Megananda(INA) started a bit slow and lost the first game to the well playing George (IND), however early in the second game it looked like Megananda made sure he would win the second game by taking a 8-2 lead. He just won the second game with 21-19 though to George who was growing ever stronger and slowing the pace to is advantage. It really became close when Megananda broke his strings at a score off 20-18, but he took it in the end. The final game started exactly the same as the second as the Indonesian player showed some more of his skills and won in the end, making loads of winners by using the top of the net. We’ll be seeing a lot of this lad again this week, but just in the single’s. It stays a ridiculous first round, while both players could have gotten pretty far in this tournament with a better draw. Indonesia 1, India 0.

So day one, finished and went pretty smoothly after all. We’ve seen some nice matches. We are expecting a lot of great matches tomorrow when we’ll start at 10:00 AM, hope to see you here! If not, follow the live-score at tournamentsoftware.com. 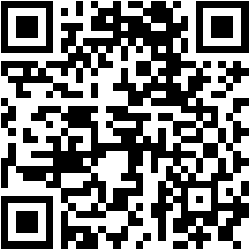