Yonex All England: 17 Hours Of Drama

From 10am on Wednesday, all the way to Wang Xin's entrance onto court at 2.15am local time that topped one of the longest and most dramatic days of badminton in recent memory.

Peter Gade walked onto court at 1.15am local time, 5 hours later than scheduled and after claiming the first, the 4th seed hoped to get off court in double quick time. Rajiv Ouseph took the second game and with it came the realisation that the end of Gade’s history at this event was coming to an end. After going 12-1 down in third, he mounted three minor comebacks before losing the deciding game 21-14.

The likes of Lee Chong Wei and Lin Dan were most likely asleep whilst play ended, with both securing a place in the second round tomorrow with routine two game victories. Kenichi Tago defeated Viktor Axelsen in two games in a match that could be repeated countless times in the next decade, with these two players highly regarded as the future of the game. Tago takes on Kazushi Yamada in an all-Japanese second round match. Taufik Hidayat takes on Chen Jin in the second round in one of the matches of the day, with both players progressing in two games today. 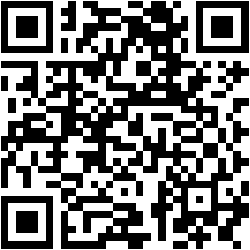