MY SON is still at the stage of being massively impressionable, so when I tell him I'm off to meet a badminton player, and just at that moment his favourite cartoon character SpongeBob SquarePants engages in some shuttlecock action on the TV, his reaction is an unequivocal "Wow!" followed by a sprint to dig out a raquet.

He probably thinks his father has magical powers for such gogglebox/real life coincidences; he probably thinks this Imogen Bankier must be pretty cool. Well, he's right about one of these things.

She's known as "Imo" to everyone at the National Badminton Academy at Scotstoun, Glasgow, where we're awaiting her arrival. She's one of Scotland's gold medal hopes at the Olympic Games. And she's not really a girl for staying on-message, sticking to the script, being sweet but anodyne, showing off her media training and beginning sentences with whatever is her sport's equivalent of the footballer's cop-out: "To be fair ..."

"I'm one of those people who says stupid stuff all the time," she explains, tracksuited and ponytailed for a day's promo. "If anyone's going to say it, count on me. I'm well renowned for just opening my mouth and making daft comments. Most folk are quite used to this but some of the English girls in particular don't seem to get it."

She's probably referring to February's Twitter stooshie with her rival for a London place, Jenny Wallwork. It made the kind of headlines that must have removed once and for all any lingering assumptions that badminton was deeply suburban – where it's sometimes pronounced "badmington" and post-game snacks are "sangwiches" – and that it was mostly played by those Young Wives' Groups attached to churches or, at a push, naturists.

Bankier, who's 24, laughs at my stereotyping of her sport but she's competing in the mixed doubles which certainly doesn't have an image you could call twee or frumpy. And if she was to have her life fictionalised it wouldn't be in a cartoon but a soap opera. "A soap opera, set in Milton Keynes," she adds, still chuckling. "Have you ever been there? You're not missing much." The National Badminton Centre is her home Monday to Friday. It's where the real work happens in preparation for London; the real melodrama, too.

She was there the day before our chat, training as usual, playing against Wallwork as usual. In their tweet-spat, Bankier mused via the wonders of social media: "Why can English people not serve ... ?!" Wallwork retorted that the much-injured Bankier was a "cripple" who should "jog on back to Scotland". This must have made for tense sessions since then, I say. "It's fine between us, really it is. I must admit that I love Twitter. I'm on it constantly so I'm like refresh, refresh all the time. But you have to be careful what you say. As soon as I tweeted that time I thought: ‘Uh-oh.' I tried to diffuse it but it just went: ‘Woof!' The story got a bit crazy so I said to Jenny: ‘Let's sort this out.' We're not best pals in the whole wide world but I think it must be very difficult for her, not having been picked. I've got empathy there because if it had been me who'd missed out I would be feeling terrible. Did I beat her yesterday? No!"

But Milton Keynes: the Soap has another sub-plot for Bankier. Her playing partner going into the Olympics – and with whom she's already won silver at the world championships and bronze at the Europeans – is Chris Adcock. The Englishman previously played mixed with Gabby White, his girlfriend off court. When the coaches decided to go with the Bankier-Adcock pairing she was portrayed as badminton's femme fatale.

"I read one story with this heavy inference that I was coming between Chris and Gabby. That must have been a bit awkward for them, as not only had they been playing mixed for a while, they were also living together and had just got engaged. So I was soon back on the trusty Twitter sending Gabby a wee message of reassurance: 'Chris? No thanks!'"

The truth of how Glasgow-born Bankier and Adcock came together is more prosaic. Before the 2010 Commonwealth Games in Delhi, when she was again sidelined with a knee injury, her long-standing playing partner and fellow Scot Robert Blair was paired with White and the coaches thought Wallwork and Nathan Robertson might gel. "So that left me and Chris with no one. Right away I asked the coaches: 'What about me and Chris?' They weren't sure. 'That's such a waste,' I said. Then later they claimed it was their idea all along!

"When my partnership with Robert was coming to an end I remember thinking that the only guy I would have wanted to play with was Chris. I didn't think he was doing as well as he should have been with Gabby but he was the great white hope of England and had been playing with her for years so I didn't think I stood a chance. It's funny how things work out."

Those badminton-ers, what a tangled web they weave. And thus far you can hardly say Bankier was wrong in her hunch about Adcock and herself. Now for the big one. So how does the double-act work – who's the boss? "Everyone always asks that, I don't know," she says, although like me you probably have a hunch. "Well, we have to do these personality profiles and apparently he's what's known as the accommodator." And Bankier? "The director!"

Do they share the same sense of humour? "More or less. He's English, so you have to allow for the fact he's going to be slower on the uptake – just kidding!" How about the same taste in music? "Yes, I'm a big Muse fan, but we both love old-skool dance stuff from the 90s and we'd play it before games in the worlds." What's his worst habit? "Oh he's a right moany bastard! If things aren't going his way he'll go into one of these big huffs. I'll be like: 'Oh Chris, come here, I've got a wee dummy in my bag for you!'" And what would he say was Bankier's worst habit? "Winding him up, I'm sure."

It's clearly not Bankier's style, but if she'd been your typically tunnel-visioned sportswoman today I'd have understood – this is Olympics Year, after all. While she likes a joke and a tweet, however, don't assume she's anything less than totally focused on London. For her the road taken to the point of medal contention is one less travelled, if not downright erratic, so she's determined to make the most of her chance alongside her occasionally grumpy sidekick.

Dad Ian is a lawyer by profession who got involved in the whisky industry and last October became Celtic's chairman. Bankier – she has a brother who's an estate agent – seemed set to follow her father into law, only for badminton to end her uni course after just six months. Prior to that, though, badminton had finished with her, it seemed for good.

She was only a modest player as a junior, according to reports. "I think 'unsuccessful' is the word you're looking for! I got kicked out the Scotland squad when I was 13. I was told I wasn't good enough, that I was too small and would never play at the top level. How did I feel? Well, it wasn't like an Aaron Cook situation where I'd been beating everybody; I was really pretty bad. But I'd been told before that I had some talent. To then be told by these same people 'Actually, you're rubbish', was quite hard to take – although it was my parents I felt most sorry for because they'd ferried me all over the country in the name of badminton.

"After that I concentrated on my exams, took my Highers at 15, didn't altogether give up on badminton but only played now and again. Then there was a change in the juniors structure, I'd got a bit taller, girls like Emma Mason, Gilly Cooper and Linda Sloan became really good friends and I just decided: 'Let's give this a proper go, see where it takes me.'" So does she ever bump into the coaches who rejected her, indeed who might have sniggered if she'd declared that one day she was going to play in the Olympics? "I do, and while I'm not one to hold grudges, I always remind them what they said about me, just to be awkward!"

Bankier was glued to her TV when Gail Emms and Nathan Robertson won silver at the 2004 Games in Athens. She played against Emms a few times, didn't manage to beat her, but now is desperate to emulate her success. Mixed doubles at badminton is not like mixed doubles at tennis with the latter's early-evening slots for the debenture-holders and sticklers for etiquette. "In badminton, mixed has got a higher profile and definitely gets glamorised. Gail and Nathan, even though they were in relationships with other people, were portrayed as a couple and that happens to anyone who plays mixed. The crowds want to see a chemistry between the players on court and that's fair enough."

We discuss short skirts. Your correspondent feels it's his duty. Bankier was in typically fiesty mode when asked, immediately after a match, for her views on a proposed ruling that they had to be worn. The issue then got very confused, Bankier thought she was being cast in the role of "banshee feminist", so the next game she turned up skirted. Suffice to say, rather than an accommodator, she's a director.

I'm reminded of this again when I ask about a significant other and am directed away from this line of inquiry. Regarding romances with playing parters, there are plenty in the sport and always have been, but she's not a fan of them. "I guess that if the badminton's going well the relationship won't suffer but if it's not then you could get problems. That's not something Chris and I need worry about.

"Some folk reckon you need to get on with your partner in mixed but I think that would severely restrict your enjoyment of the game. Would I call Chris a friend? We're friendly, getting to know each other more all the time, but if we were best mates he might be on the phone to me every night and I'm not sure that would be healthy." This is a professional partnership, with one clear aim.

Read the remainder of this interview on scotsman.com. 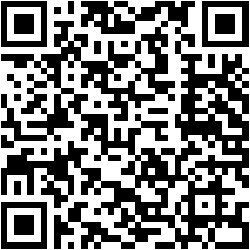