A very exciting match was the men’s doubles final of Ruud Bosch/Koen Ridder versus Jacco Arends/Jelle Maas. Both pairs ranked within the 50 best in the world. After a several amazingly long rallies the even match was finally won by Bosch and Ridder after three games.

In women’s doubles event, Maria Helsbøl/Sara Thygesen of Denmark beat second seeded Gabriela Stoeva and Stefani Stoeva in the quarter-finals. Later, they played a close match against the eventual champions Samantha Baring and Eefje Musken of the Netherlands in the semifinals. In the finals the third seeded Barning/Muskens, managed to beat their top seeded compatriots Selena Piek /Iris Tabeling in two games.

German Michael Fuchs got a second chance in the mixed doubles finals to take one title home, after losing the men’s doubles semifinals. Playing with his partner Birgit Michaels, they faced Jorrit De Ruiter/Samantha Barning from the Netherlands. Especially this game was thrilling with suspense right up till the end. De Ruiter/Barning won in the last set game 21- 19 after one hour and 6 minutes of play. Fuchs and Michels wasted four match point in the second game.

In women’s singles finals, last year’s winner Linda Zetchiri continued her steady good form and advanced easily in to the semifinals after beating Karina Jørgensen of Denmark in the quarterfinals (21-10, 21-10). In the semifinals Linda had a tough match against young Korean player Min Ji Lee. Linda struggled in the first set but came back in the second and won the rubber-set. In Sunday's finals, she faced Sashina Vignes Waran representing France. After three close games, the match ended 18-21 21-11 21-17 in Sashina’s favor.

Norway’s best hope for a place in the quarterfinals, Marius Myhre, met Korean player Ha Young Woong. Marius played a great first game and won 21- 14. Woong came back strong in the second set, after which Marius never really got back in to the game and the Korean won the two last sets. Later on, Woong also gave Eric Pang, ranked 4 in the competition a run for his money and won the match after three sets.

Top seeded Chun Seang Tan of Malaysia matched up against Woong in the seminfinals. This should have been an easy match for Tan. However, both players where reasonably equal throughout the match and Woong managed to pressure first seeded Tan into a third set. Tan finally overpowered the Korean and won with 21- 18. In the finals Tan played second seeded Chou Tien Chen from Chinese Tapei. Chen played an amazing second set and Tan never really settled into the game and had to see himself beaten by Chen. 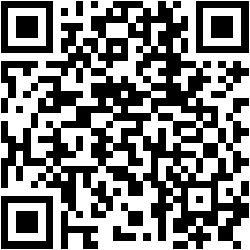