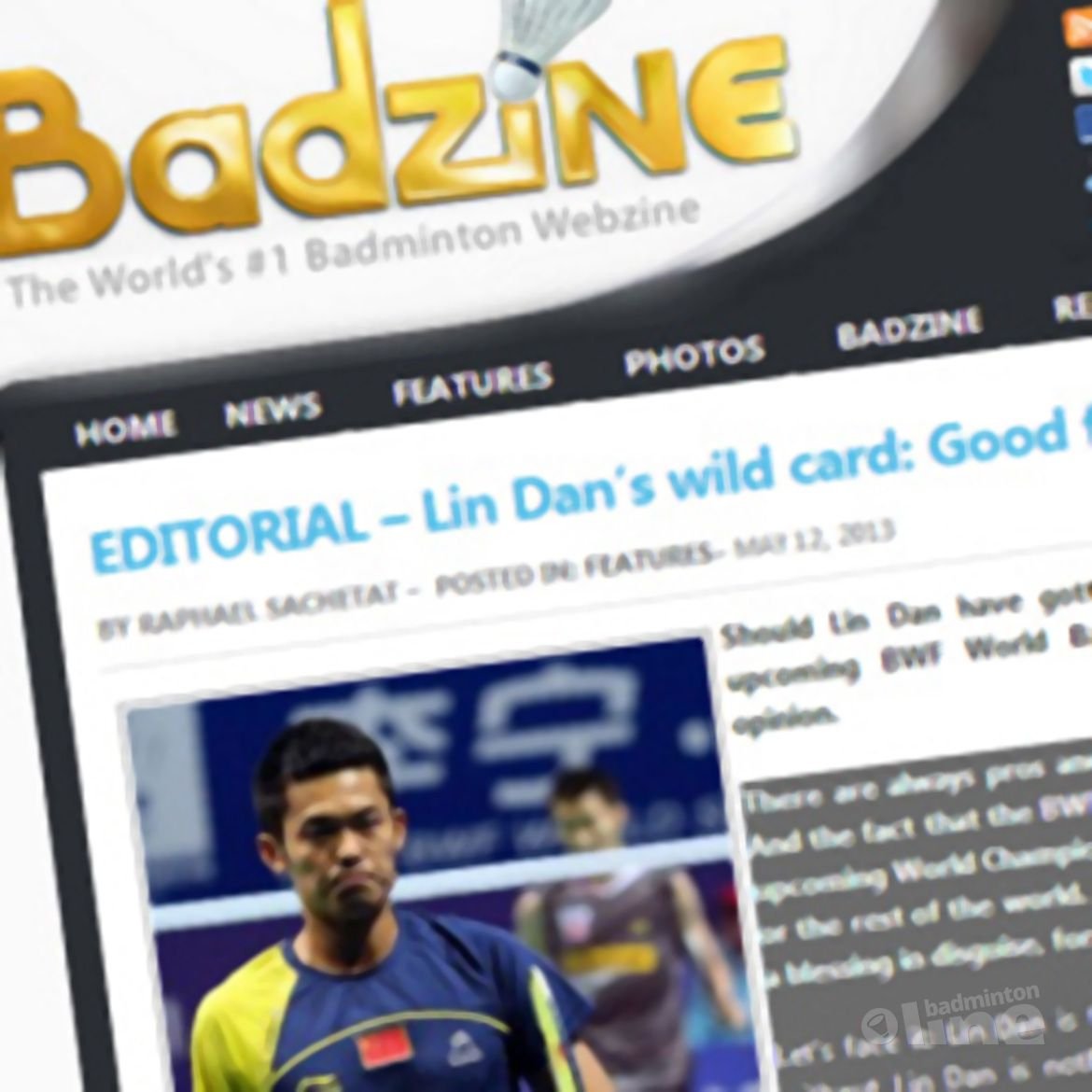 Should Lin Dan have gotten a wild card to participate in the upcoming BWF World Badminton Championships? Yes, in my opinion.

There are always pros and cons. First of all, sport isn’t always fair. And the fact that the BWF awarded the wild card to Lin Dan for the upcoming World Championships may not be fair to Lee Chong Wei, or the rest of the world. But if we take a closer look at it, it may be a blessing in disguise, for the sport and for Chong Wei, as well.

Let’s face it: Lin Dan is the best player ever. For spectators, an event without Lin Dan is nothing compared to one with Lin Dan. Figures would probably speak for themselves in terms of audience, both spectators in the halls and TV viewers. In my opinion, the BWF did the right thing by awarding the four-time winner a wild card. And remember that four great players have graced the world of badminton in the past 10 years: Peter Gade, Taufik Hidayat, Lee Chong Wei and Lin Dan – dubbed the four kings by the Chinese press. This year in Guangzhou, the first two will not be playing, as Taufik will have joined Peter in retirement by then. So, having a third King away from this prestigious competition is maybe too much.

I have only one little fear. I do hope that Lin Dan will be playing his best in Guangzhou, rather than playing to clear the way for his compatriots before bowing out on a walkover or pretending to play against another Chinese shuttler. If he does the latter, then I guess the BWF will realize it was a mistake and this will mean he – or the Chinese officials – have forgotten what honour is all about. And this would be a very bad image given to the sport world. Badminton can’t afford this after the Olympic controversy.

But what if… what if Lin Dan plays at his best. And what if he reaches the latest stages of the competition thanks to his magic touch. What if, by chance, he is on the other half of the draw from Lee Chong Wei and meets him in the final. This could mean once again an amazing final. These two shuttlers have probably played the two most exciting matches to watch of the past decade: in the final of the World Championships in 2011 and in the final of the Olympics in 2012. What could the sport offer more than another battle of these two warriors, showing the sport at its best? Nothing could beat that. And Chong Wei may come out as winner this time.