Orø badminton club is going through some very big changes, as a parent, school teacher and club coach I start to get big expectations to the next season.

Only a couple of years back we only had a handful of players and one coach in the club, but after many coach- and helping coach education programs from the federation and DGI, we got more inspiration and we were able to make more variation in the training to inspire the kids. It made the junior department grow to 30 players.

Now our club has been hit by a professional badminton coach that is willing to help our club. Ron Daniëls has been on Orø doing international summer camps the last 3 years, and last year some of the players stayed almost the whole year around to get professional training on a daily basis from Ron and one part of the education he gives to his players involved giving training themselves to the players of Orø badminton club.

There have been many players and coaches but Huynh Duong and Leon Ham were there most of the time training our players and give them a fast elevation of their badminton skills as all the players could feel the improvement.

Huynh has a great love for our small kids and a lot of respect for other people. She is going in front to show the players what it is like to play badminton on a high level, and she is literally taking them by the hand and guides them to the next level. When she is talking in her sweet Vietnam English to the group of 7 to 11 year old kids who have learned most of their English due to computer games, she is the relaxation herself and in her very easy way she gives the players the feeling that they will all get there in the end.

The sweet Vietnam girl can at the same time send a smash away with a big shouting call so that you can hear the hall singing for seconds after she has done that. Everybody is looking up to her so she can do it. All of our players are thinking "what if I did that?". They are simply too shy to do that here on Orø but this small shy Vietnam girl is not shy at all when she is on court.

The badminton philosophy of Ron Daniëls about training is very inspiring for our club. We were thinking that we had come a long way with our coach education her in Denmark only to see that we were at the very begining of the way to know-how on this game. The level is so high that I have to admit that I can't follow all of it but the things that I have seen and understand I can share here.

When Ron is in the hall then he is scanning all courts for good badminton, good training and good humor he finds it very important that when a player gets into the Orø badminton hall then the training should always been at its best, that is for his own players but also for the kids in Orø badminton club. And good training there is with a coach on every court and Ron supervising the coaches.

Players on court 5 do not doubt that Ron is seeing the things they are doing, even when he is on court 2. They are working throughout the whole training and not only when the coach is looking, all players feel they are stars to be when they go back home, and this even when he very seldom is doing the training himself but "only" is the mentor of the coaches who are doing the sessions.

Ron’s humor is contagious and always positive, you can see that he loves badminton and the people in the hall... The players. The players always get to know that they are brilliant in the stroke they just showed him. We Danish coaches are looking back at our coach education where we focus in separate part on, the right stroke, the right grip, the right footwork, the right tactic. And that was nice and it gave us some tools to work with, but Ron is scanning all this details in one time and in only a couple of seconds regardless of the level of the player. He hardly use the word wrong and prefers to give complements to the players on things that go right. Then he takes time to explain so that even small kids understand what he wants from them. It is great to see the players grow with a approaches like this, where nothing is wrong or bad; maybe just a little different.

Ron is talking and talking when he gives training and when the stroke is nearly perfect he drops his racket on the floor to give a big applause and the player get a big smile on her face it gives new energy to do the next part of the training.

When the training is done and the players can play some free games then he start the scanning again, do they use the new technical strokes, are they trying the new steps and are they playing with the right tactic? When he sees something used by the players he very loud compliments sound trough the hall, it looks like nobody gets tired with training like this.

I’m not finished jet with the humor of Ron in the training, every training is with a smile and hard laughing , every time Ron or one of the players make a mistake jokes and laughing will be the result, it is never laughing on the players but with the players. Ron knows with situations like this there is a potential of learning something for the players: many players are afraid to make mistakes but because of this they can’t develop their game (or life for that matter), but the clear body language of Ron that signals that everything is OK and that all attempts to play are not only accepted but are also more than welcome, you see the fear disappear and they try to do the best even if it is not perfect (until now that is).

It’s all about being on the way, to keep on going and not to give up even if it is hard. The players are on the way to master the smash, the service or a defense. Ron is a true master to make players and coaches to see that and to recognize it.

Our co-operation with Ron has just started and where it will lead us is still not known, but the little island and Holbæk commune will try to create the facilities and conditions for Ron to develop his ideas and give him the space to grow here and most of all stay here, because when he grows then our club will grow and this know-how will be of great importance for, Orø, Holbæk, Sjælland and the whole of Denmark. Our club has not even dreamed about a situation like this to happen.

Ron sees potential in our players, he sees players who dare, players that wants to, players that are not shy and are not afraid to sweat and just sucking up information just because they can’t stop. The potential is there so let’s not save anything to get it out.

We from Orø Badminton club are looking forwards to the start of the next season again, we hope Huynh will come back again and maybe some other star players will join next year. We want to learn more from this man and some of you will also learn to know us because we will join the coach education in this year’s summer camp.

We all want to hear Ron’s loud laughing and Huynh’s shouting smash thrue out the hall again. It makes our kids want to go to badminton because it’s super cool to do this sport with people like this. 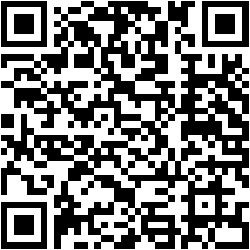