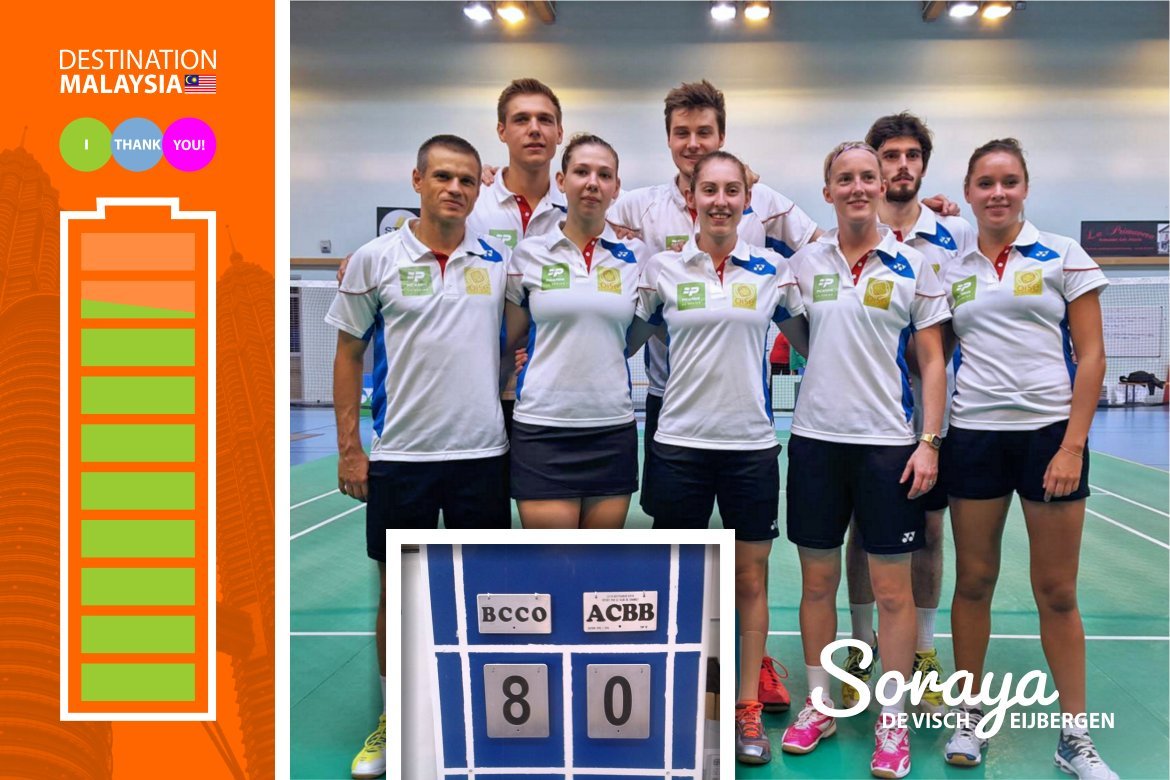 As I'm writing this post, I am travelling back home (from France) by train or at least I'm trying to. If anything, handling all these delays is a good test of my patience and gives me some time to update you guys on what I've been up to.

Last Friday evening I travelled to Chambly by train and, while I had to deal with some delays, I was welcomed most warm-heartedly by the management and players of my new team, including Imogen Bankier and Kirsty Gilmour. After enjoying a nice late-night dinner I had a great night of sleep, which allowed me to wake up fully rested. Sleeping and resting enough is a vital part of living the athlete's life, an aspect my character sometimes is at odds with ;-)

Saturday afternoon I shared a meal with among others Robert, Imogen and Kirsty and at 4 o'clock the match against Boulogne-Billancourt commenced. With Kirsty Gilmour playing the first ladies singles (simple dame 1), I was responsible for gaining points in the second ladies singles (simple dame 2). With 21-2 and 21-3 I eased through my match and put the third matchpoint on the scoreboard.

My team members demonstrated their athletic prowess and brought home the remaining five points: an 8-0 victory for Chambly Bad! A wonderful start of the season, celebrated with a evening with great food and company. In closing, I'd like to thank Patrice Lannoy - president of Chambly Bad - for his extensive hospitality. Much appreciated!

The last time I talked about my crowdfunding activities ( please see sorayadve.nl ) I was astonished that I could announce having reached 55% of my primary goal. Now, only a few days later, all of you keep amazing me with your demonstration of interest in and support of my ambitions.

At this moment my campaign has reached 82% and that number continues to rise. Everyday my dream to go to Malaysia and develop myself further into a better badminton player inches closer to becoming reality. #letsdothis

In the upcoming week I'll be playing the Prague Open. I'll keep you posted on my preparations and as always: thank you for joining me on this journey!