Badminton spectators must have manners too 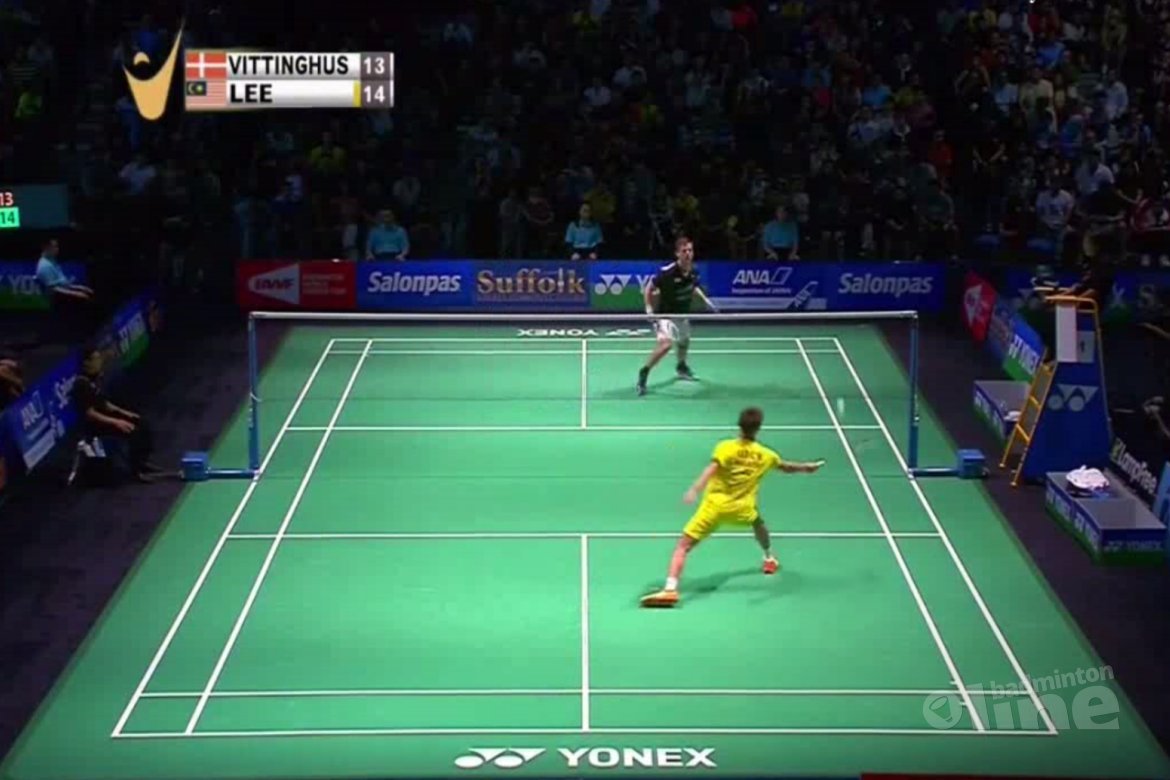 Badminton games involve many aspects around competitors. They follow written and unwritten rules, such as saying sorry after winning by net-in.

Spectators enjoy watching their play and cheer for one or another. A junior player, Nathan He, from New Jersey, witnessed a disrespectful manner by a spectator at the 2015 U.S. Open in New York this summer while volunteering as a line-judge. The 14-year-old would like to share his thoughts on etiquette as a spectator, which can apply to your local tournament.

The score was 17-10 in the second game of 2015 U.S. Open Men's Singles Final, with Lee Chong Wei (Malaysia) ahead. Hans-Kristian Vittinghus (Denmark) crossed his serve, and Lee Chong Wei lifted it. The bird landed out. This was one rally that I vividly remember while line-judging. However, it wasn't what was happening right in front me that made the memory- it was what was happening behind me.

During the rally, a couple of fans behind me were screaming "IN" while the shuttle was still in the air. Vittinghus walked over and scolded them for being rude. "You can say whatever you want after the rally is over, just don't say anything while the bird is in play." The fans nodded. As Vittinghus walked back to the court, one of them muttered, "It's a free country; I can say whatever I want."

At that point I had a strong urge to stand up and give that person a piece of my mind. First, he was deliberately attempting to disturb the match by giving faulty calls. Then, even after Vittinghus came and politely asked him to stop, as soon as he turned around to head back to the court, he gave a snide comment about his first amendment rights.

While I fully understand that the first amendment may give you the right to free speech, when you step into the tournament venue, you agreed not to be unruly and distracting, which trumps your first amendment rights. Players deserve respect from their spectators, whether they are rooting for them or not. Shouting when the rally is going on is just wrong; there's no argument about that. If an official were to see someone doing this, he or she would be immediately removed from the tournament as I found out this since I spoke to an official about this. What this person did is essentially the most heinous crime that a spectator can commit. He had an intention of distracting the players and succeeded in doing so. The players came here to play their game. They want a fair match where they can win using only their skills. I need not discuss this any further; it's just wrong.

I used to cheer for my friends and teammates at tournaments really loudly, sometimes using two tubes and banging them together. Even if you're cheering after the rally is over, it's still good to maintain a sense as to how much is too much.

Players always want to hear the roar of the crowd behind their backs, but only when it's respectful to them and their opponents. If I had some fans who are cheering for me in a way that's disrespectful to my opponent, I would rather have them not cheer at all. I'm not saying that cheering and supporting your teammates is wrong, but one must be careful not to overdo it. This was the first time I was neither the one cheering or being cheered for. There's a fine line and a large gray area between being supportive and being obnoxious. Being the third party gave me a much better understanding of where that line is.

Active players should also have more insight than that of the average spectator, so it's their responsibility to remind others who aren't as clear on the matter as they are if they happen to cross the line. If you are a spectator, and are unsure of how much is too much, just tone it down a little. It won't hurt. The worse option is to wait for people to tell you that you're being too loud.

A final message to the spectators of not only badminton, but all sports: It's crucial to remember where you are- a sporting event. It's fine to be supportive; just don't overdo it. A tournament is about which player is the best, not who can yell the loudest.

Meer artikelen over us open