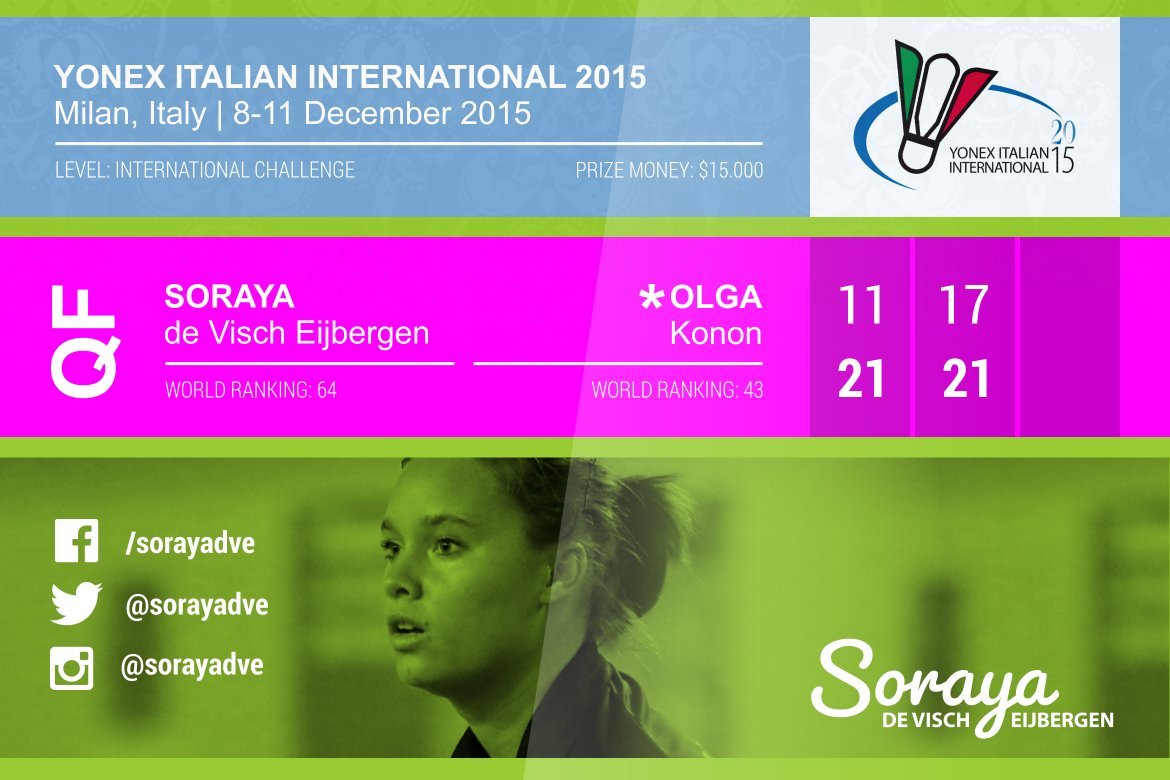 Alas! Let me share this week's experiences with you...

Yesterday, a somewhat unexpected win against Petya Nedelcheva [4] from Bulgaria (13-21, 21-18, 21-13) propelled me into the second round of the Italian International in Milan. A feat that most of the other Dutch players appeared to replicate in their respective matches.

After round 2, however, I found myself to be the only remaining Dutchie in the tournament. To get there, I first had to take on Aprillia Yuswandari from Indonesia. She's just under five years older than I and ranked as high as 21st in the world back in 2013. Her ranking's dropped severely, which didn't keep her from winning the Hungarian International last month.

Yuswandari also participated in the mixed doubles event, so I knew she had two more matches under her belt before our match commenced. In the first game I was able to pass her, taking the lead at 14-14 and securing it with 21-18. In the second game she reverse-engineered that process and it wasn't until 19-19 that I could avoid a third game: 21-19 and a spot in the quarter final.

The outcome of my match against Olga Konon [4] (Germany, WR43) was difficult to predict. Our last confrontation was in the National Badminton League earlier this year, playing with a different scoring system. Back then she skillfully ended my 100%-score in that league. Just last week Konon took the title at the Irish Open in Dublin.

Today, the first game started uneventful, with Konon leading 7-11 at the mid-game interval. With decisive play my German opponent exercised the added value of her higher world ranking, taking the first game by 10 points (11-21). In the second game the tables were turned: an 11-7 lead in my advantage. Konon kept trailing by a few points. She then scored 8 consecutive points, levelling at 17-17 and winning 17-21. A rather disappointing conclusion of an otherwise better-than-expected Italian International run. Konon, meanwhile, reached the final - further affirming her level of play this week.

This week's tournament leaves me with a few more points and a day off in possibly one of the most romantic cities in Europe. It won't be long before I depart to another center of passion and light: Saturday it's Chambly Bad time and we'll be playing an away-game against Aulnay-sous-Bois, somewhere in the outskirts of Paris. Au revoir! 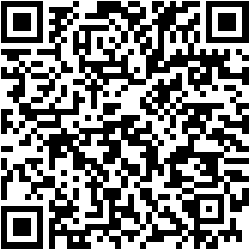