Imogen Bankier and Jenny Wallwork, Great Britain's top two women's mixed doubles players, were involved in an Anglo-Scottish war of words on Twitter as the race for Olympics selection intensified.

However, it seemed to touch a nerve with Wallwork, who lost in the final with Nathan Robertson to Adcock and Gabby White, when the Lancastrian retorted: "So the one with the 'lighthearted banter' is injured AGAIN! I'd go for the ropey serve any day."

Although Wallwork had suggested that her rival was unfit, Bankier - who won two Scottish national titles on the same weekend - said that "slagging someone for being injured is dangerous". She then said she would end the "banter" before Wallwork said something she might regret.

It didn't end there, though, as a clearly flustered Wallwork snapped that Banker was "usually crippled". She added that she wouldn't regret anything as it was all "lighthearted banter", in reference to one of Bankier's earlier tweets. Wallwork then told Bankier to "jog on" back to Scotland.

With just under three months until qualifying ends for London 2012, Anglo-Scottish pair Adcock and Bankier are leading their rivals, Wallwork and Nathan Robertson, for the one automatic place on offer for London 2012.

The highest pairing in the world rankings on May 3 will qualify for the Games, although this may not guarantee final selection. Bankier and Adcock currently lie in 14th position ahead of Robertson and Wallwork in 18th.

The heated Twitter jibes come with just under a month to go until the All England Championships in Birmingham, one of badminton's top Premier status events.

As revealed by Telegraph Sport, Adcock questioned China's on court supremacy earlier this week following a spate of what the player described as “clearly thrown” matches against compatriots.

Statistics compiled for all major tournaments last year revealed that walkovers and uncompleted matches for all-Chinese draws were common. 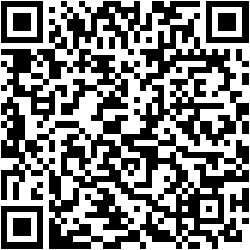