Petr Koukal is the best male shuttler of the Czech Republic. We spoke to the 26-year old from Brno about the surprising nomination to be the Czech flag bearer at the Olympic Games and about his preparations for London.

BADMINTON EUROPE: Petr, first of all congratulation for the NOC nomination of being the flag bearer for your country. What does it mean to you?

Petr Koukal: It is a huge honor for me - of course. And great reward after all those hard moments in the last two years.

BADMINTON EUROPE: Who were the other candidates?

BADMINTON EUROPE: How is your preparation for London going? Can you give us a little inside in your training program...

Koukal: It is great. It was a very hard season for me, traveling a lot and still being tired after my illness. Now I am enjoying this period without tournaments and I am focusing 100% for training. Dicky Palyama from the Netherlands has been helping me for last four weeks and he will be back to Czech Republic for last 10 days before the Olympic Games start.

BADMINTON EUROPE: What are your goals in London?

Koukal: Getting out of the group and fight like hell for the quarterfinal! 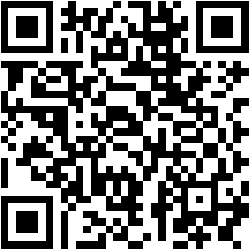