What the draw has thrown up

The draw for the 2012 London Olympics has been published by BWF today. badmintoneurope.com will present you a short event-by-event look at some of the matches the draw has thrown up:

Peter Gade, who competes in his last big tournament, will play Pedro Martins of Portugal in his group. Scott Evans (Ireland) and Ville Lång (Finland) were drawn into strong pools. While Lång has been paired with Malaysias top seeded Lee Chong Wei, Evans will face China’s hot favorite and reigning Olympic Champion Lin Dan. French hope Brice Leverdez was pulled into a group with opponents from Hong Kong and Africa.

Denmark’s Jan Ø. Jørgensen will face in his pool Misha Zilberman of Israel and Derek Wong of Singapore. Britain's participant Rajiv Ouseph, the 15th seed, was paired with Sweden's Henri Hurskainen and Kevin Cordon of Guatemala.

Tine Baun of Denmark has been paired with Anastasia Prokopenko from Russia and Kamila Augustyn of Poland in an all-European pool. Juliane Schenk will also face only Europeans in her group stage. The German number one shuttler, who is potential medal candidate, will play Larisa Griga (Ukraine) and Kristina Gavnholt (Czech Republic).

Scotland's Susan Egelstaff was given a difficult draw against 12th seed Sayaka Sato of Japan and Slovenian Maja Tvrdy in Group H. Chloe Magee of Ireland, the world number 44, will face Pi Hongyan of France, a quarter-finalist in 2008, and Egypt's Hadia Hosny in Group I.

Carolina Marin of Spain will face Claudia Rivero of Peru and the strong Chinese Li Xuerui.

There are 16 groups in the singles competitions with only the winners going through to the knockout stages.

Germany’s Ingo Kindervater / Johannes Schöttler got a tough pool stage with the top seeds Cai Yun / Fu Haifeng of China and Fang Chieh Min / Lee Sheng Mu from Taiwan. Polish duo of Adam Cwalina and veteran player Michal Logosz have to fight against strong Asian opponents in their group for a ticket for the last 16.

As there are only 16 pairs competing in the mixed doubles event, a tough challenge already in the pool matches was expected. Current European Champions Robert Mateusiak and Nadiezda Zieba have been paired with Denmark’s Joachim Fischer/Christinna Pedersen – and the Japanese pair of Shintaro Ikeda / Shiota Reiko.

The badminton competitions begin on Saturday with the playing schedule due to be announced later this week. 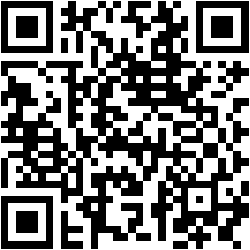