Silver for Boe and Mogensen in Chinese clean sweep

Mathias Boe and Carsten Mogensen claimed the silver medal in the men's doubles at Wembley Arena this afternoon after a two game defeat to top seeds Cai & Fu from China.

In what was a successful games for Denmark with two medals, China proved once again that they are the greatest badminton nation on the face of the earth with a clean sweep of all five gold’s.

This was the game everyone wanted to see in the men’s doubles event. A matchup between arguably the best two pairs on the planet over the past 4 years. The Danes had the weight of the rest of the world on their shoulders as they tried to prevent a clean sweep for China and Cai and Fu well they had the pressure of delivering the last gold to head coach Li Yongbo and China.

The writing was on the wall pretty early for the Danes as Cai and Fu took the opening game 21-16. The Chinese dominated and prevented the Danes from getting their attacking game going.

No matter how they tried in the second game the Danes were unable to get close to their Chinese opponents. The quality of Cai and Fu’s serving limited the Danes chances, and coupled with some unforced errors by Boe and Mogensen, the Chinese world Champions went on to seal Olympic gold with a 21-15 win in the second game.

"The guys never reached the heights they did yesterday. Cai Yun was amazing and we never got on the attack." Commented Danish head Coach Lars Uhre.

A bronze medal in the mixed doubles and silver in the men’s doubles was a decent return for Denmark at these Olympic Games but today was the day of the Chinese veterans.

"We have been playing together now for ten years and this was always our dream. After losing in the final in Beijing we were determined to come back and win gold for China."

Earlier, Korean duo of Lee Yung Dae and Jung Jae Sung took the bronze medal match in what was an emotional end to a great career for the 29 year old Korean. The Koreans dominated against Malaysian duo of Koo and Tan it what was a fitting end to the Korean veteran’s career.

"For me this match was like a gold medal match I did not want to fail like we did in Beijing. I can now retire with satisfaction and knowing I played with one of the world’s best players Lee Yung Dae"

In the men’s singles final Lin Dan wrote his name into the history books by claiming his second Olympic title by beating the nearly man of world badminton Lee Chong Wei from Malaysia. In any other era Chong Wei would have surely won Olympic gold but once again he was foiled in an epic final by the greatest player the world has ever seen. After trading the opening games the Malaysian sensed that the day could possibly be his leading 19-17 in the final game. But Super Dan, as he has done so often in the past, came back to once again leave his arch rival wondering what might have been. "There are many good players in the world on the same level but there is only one Lin Dan" said Lee Chong Wei An unusually animated Lin Dan dropped his racket to the floor after claiming the gold medal and ran around the arena to the deafening cheers of the 6000 strong crowd. "There has been many sacrifices made to get to this day. It is the best feeling to be able to retain my gold from Beijing" said the gold medal winner. 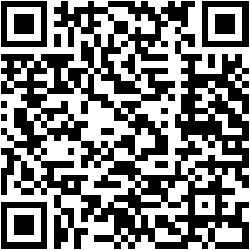