Chinese badminton star Yu Yang has denied quitting the sport after being kicked out of the London Olympics and said she just wants to focus on her game, following her winning return to competition.

Chinese badminton star Yu Yang, pictured here in July, has denied quitting the sport after being kicked out of the London Olympics and said she just wants to focus on her game, following her winning return to competition.

Reigning Olympic champion Yu, and her partner Wang Xiaoli, were among eight doubles players disqualified in London after playing to lose round-robin matches to gain a favourable quarter-final draw.

Yu, 26, then raised eyebrows when she renewed her partnership with Wang to win last week's China Open, since she had apparently announced her retirement a day after her expulsion in August.

"This is my last time competing. Goodbye Badminton World Federation, goodbye my beloved badminton," she posted on her microblog at the time.

However Yu, who will also compete with Wang at this week's Hong Kong Open, now insists she never retired, according to a report in the South China Morning Post.

"I never said I would retire," Yu was quoted as saying in Hong Kong. "It was only other people who said so -- it wasn't from my mouth.

"The punishment (disqualification) was a big surprise as it had never been seen before in badminton. But that's the decision made by the world federation and three other pairs from two other countries also got the same punishment. We can't do anything but accept it.

"There are bound to be happy and unhappy moments in one's life and what we can do is to adjust our mental state when it happens. Now I want to get back to my game."

Two South Korean pairs and one Indonesian duo were also disqualified for trying to lose matches at the London Olympics. 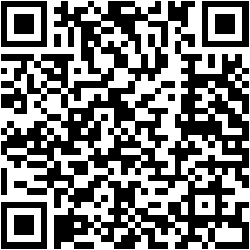