No jump training for female players

In one of my first technical articles I would like to talk about footwork training for female players and more detail about jumping in footwork.

When I was training in Vietnam there was almost no difference between the training for the boys and girls. Most coaches would see women's single as a more weak copy of men's single.

The first Danish training I did in Vietnam in 2010 was the first time where there was focus on special footwork for lady single and a new world opened for me. My game improved a lot just because the coach from Denmark showed me the right way of moving on the court.

Now that I'm in Denmark I can see that not everywhere this view on footwork is used and that still many coaches here also do something else. I see the same problems as in Vietnam: that there is very little difference between what the coaches teach the boys and the girls. This leaves the girls in a bad position because what the coach wants (almost 99% of all coaches are men, also here in Denmark) is not what you see in girl's single on world level. Girls don't use jumps so much as man do and thereby the footwork should change. It already changes in the split jump where the coach would like the whole group to do a split jump with the right foot more in front. Girls would not do that that easily because we don't jump into the FH-corner to intercept the shuttle in the flight. The movement towards the stroke becomes very short if you have the right foot in front and the movement is even blocked a little. The body doesn't come in a perfect position if you don't use a jump on your FH-side and therefor you will lose power in your FH-stroke.

With the right foot in front is in the ladies single when the shuttle is played. In the BH-side it is also not very useful because ladies tend to play very high to the backline and the right foot in front is only recommendable for drive stroke or attacking clears on the ARH- or BH-side. In ladies single - even at top level - you see a neutral split jump followed by a prepare step and not by a jump as you often see in men's single. There is a small exception and that is if the woman uses a short service. Then you see a right foot in front more often, but only in the service return and depending on where the service is played. This summer in Belgium I did a whole lesson on the tactic and foot position in service situation and also on the Oro camp I have been working with most of the girls on this subject.

One of the coaches in my new club did a jump smash training and he could see with me that I did not even try to do that. He came to me and asked me why I did not do this training. My answer was to ask him if he thought it made any difference if I hit the shuttle at 160 or at 165 cm high? I'm a little Asian girl and I will not even be able to make a steep smash if I can jump 100 cm high. Then it is still a joke.

The power in ladies single is the speed by which you can move and that means that you have to stay close to the ground in order to be able to have a fast start. The focus in ladies single has to be on long not so high jumps and control on your recovery step after you have hit the shuttle. I see far too few girls working with the recovery step and that is what can make your game so much faster. Recovery steps enable you to take cross initiative faster without getting under pressure on the short return and it will keep your body a lot more up at the net. I hope more male coaches start to think about the way they give training to girls because at this moment they seem to be unable to make a qualified difference in the training. On the Oro camp I meet girls who question the coach and start a discussion, when I did that in my new club I could see that the coach thought it was strange. I would like to say to all the girls to look more critical to the way your coach is doing different training between boys and girl and if he/she is not doing that, that you then ask about the how and why and point out that the top female players don't do jumps in the same way men are doing. 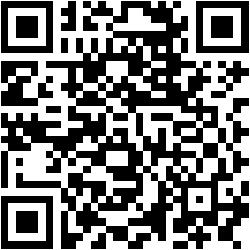