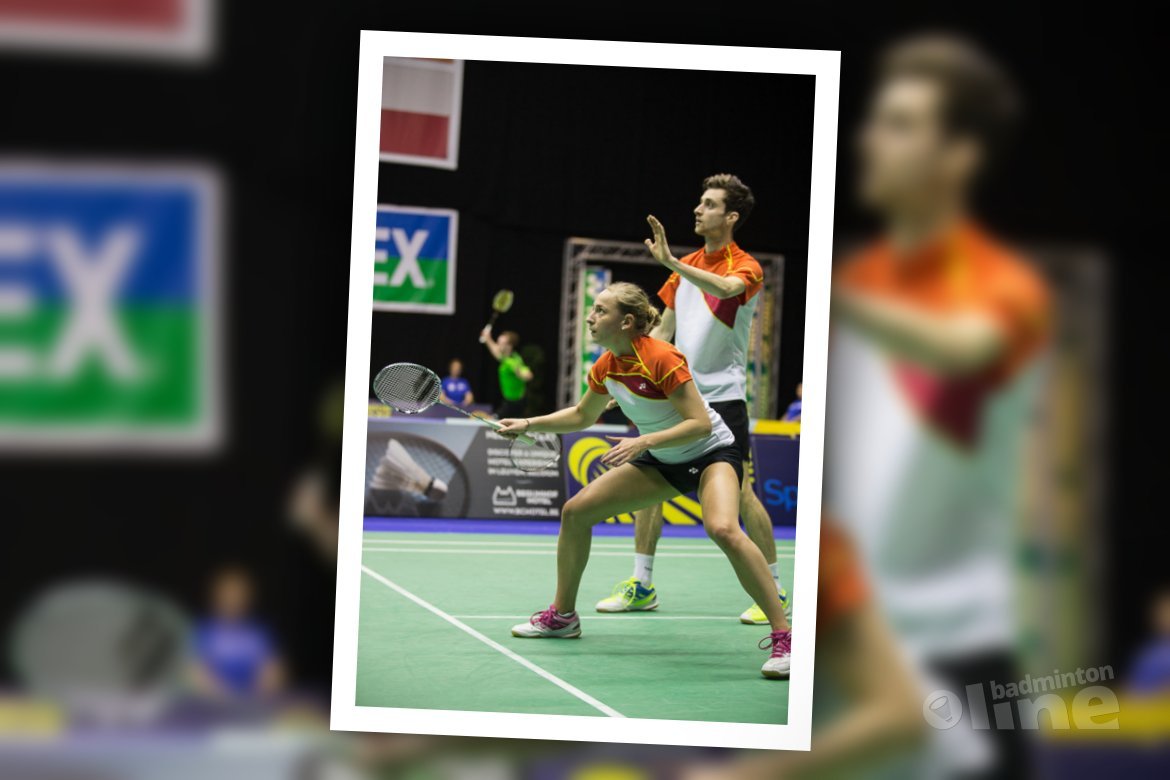 The newly formatted 2015 European Mixed Team Championships kicked off today in Leuven, Belgium and even as early as day one the Dutch team have pencilled themselves in as genuine medal contenders after a Jacco Arendsinspired performance saw team Netherlands beat Poland 5-0.

The match between the Dutch and the Poles was the pick of the opening day ties and the Poles, with their strong male players, were expected to put real pressure on the Dutch. From the outset it became clear that the Dutch were in Leuven meaning business and Jacco Arends and Selena Piek beat Robert Mateusiak and Agnieszka Wojtkowska in two games to set the Dutch on their way.

"Robert (Mateusiak) is such a legend of the game so it is always great to play against him but more importantly beat him for our team" said Arends after the opening mixed doubles victory.

Eric Pang was forced to call on his wealth of experience to make it 2-0 to the Dutch after coming from a game down to beat Michal Rogalski. Soraya De Visch Eijbergen followed Pang's singles victory with a women's singles win but was not altogether happy with her own performance.

"It was not my best level today as I struggled a little bit with my speed. I know I will have to play at a much higher level tomorrow most likely against Line Kjaersfeldt when we play Denmark."

Jacco Arends was back on court for the fourth match of the tie and partnered Jelle Maas to an unexpected victory over Cwalina and Wacha in two games. The Dutch had failed to beat the Poles on six attempts which made the victory all the more sweet.

"This was a nice win today. I know that maybe they were a little bit unmotivated after already losing the tie but still for us to beat them is great for our confidence and of course our team" said Maas.

Samantha Barning and Irish Tabeling finished off a good afternoons work for the Dutch beating the Wojtkowska sisters in two games and were upbeat about their team's chances.

"I don't think anyone expected this score against the Poles and we are very happy to finish off the job winning in two games. It will be good now to test ourselves against Denmark tomorrow" said Barning to Badminton Europe.

Team France arrive in Leuven on the back of a controversy that saw both their coaches be suspended only hours before coming to this European Mixed Team Championships. In this morning's match against Sweden there were clear signs of distraction in the French team but Emilie Lefel guided her team into the quarter finals with a pair of wins in both the mixed and women's doubles.

Ronan Labar equalled Lefel winning twice in the mixed alongside Lefel and men's doubles partnering Baptiste Careme. The only blip on the French copy book was the defeat of Brice Leverdez to Gabriel Ulldahl as the French number one looked out of sorts in his opening match.

"Certainly Brice was a little bit distracted today after what went before us in the last days." said Labar. "It has been difficult for us all without our coaches but we are here to perform for France and we want to win a medal."

The French closed out a 4-1 win when Lefel partnered Delphine Lansac in the final women's doubles beating the newly reunited pair of Emelie Fabbeke and Emma Wengberg.

Team Ireland virtually ended the hopes of the host nation Belgium making it to the quarter finals with a 3-2 win in front of a large home court support. The Irish got off to the dream start taking the opening mixed doubles before Scott Evans took down Yuhan Tan in two games. Chloe Magee made it two wins out of two for her personally to give the Irish the 3 point they needed in her two game victory over Lianne Tan.

The Belgians did rally to take the men's doubles and the women's doubles but that was two little to late leaving the Belgians with the unenviable task of having to beat England to have any chance of making the quarter finals.

"The mixed doubles and a good start was key for us today" said Coach Dan Magee of Ireland. "Once we got the three opening matches it allowed Scott not to have to go for everything in the men's doubles and save some energy." 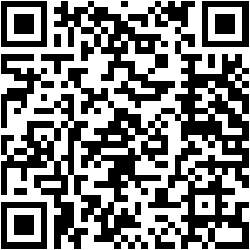 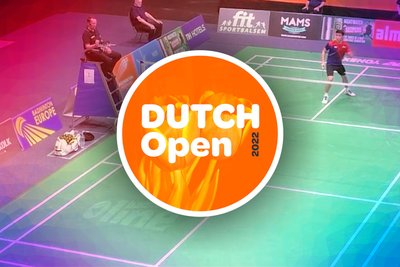 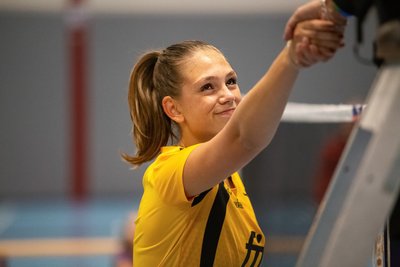 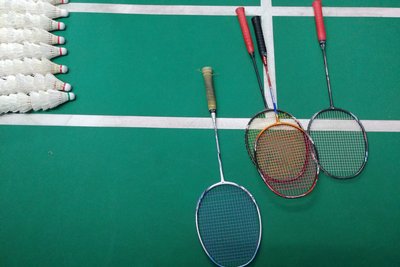 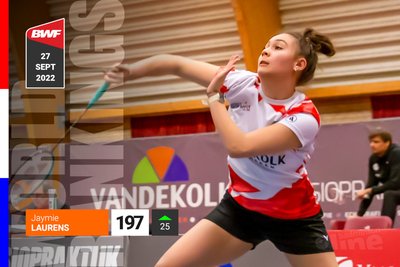