Today the Irish Open 2017 starts for most of the Dutch players. It's an international series tournament with a modest US$ 8.000 in prizemoney. Dutch national champion Gayle Mahulette is 7th seed, but all eyes should be on second lady Soraya de Visch Eijbergen.

Due to withdrawals the Dutch contingent is a little smaller than anticipated, with Imke van der Aar not competing with fellow Papendal-mate Debora Jille who's still recovering from strain-related injury. Men's singles specialist Nick Fransman [5] has also withdrawn from the Dublin tournament, reasons unknown as of yet.

Norway-based Dutchman Rik Hermans was ousted from the qualification tournament in mixed doubles, but found himself and his Norwegian men's doubles partner Mad Marum (WR1032) in the main tournament. The Dutch-Norwegian duo will face Matthew Clare and David King (WR115, England) in the first round and unless Rik Hermans automagically creates some Limburg-inspired world class badminton, it's likely their last round too.

Having reached four finals out of the last five tournaments - including rinky dink events like the Hellas Open 2017 but also the reasonably competitive Scottish Open 2017 - it is clear that the mildly-sunkissed Soraya de Visch Eijbergen (WR93) is gaining momentum. So much so that it would appear a breakthrough moment is nigh, much like at the end of 2015 - even more so now, having returned to the top 100 of the BWF World Ranking.

The women's singles event is headed up by Russia's Natalia Perminova (WR55) and the seeding list is closed by Hungary's Agnes Korosi (WR101). To put that into perspective: the Dutch player defeated first seed Natalia Perminova in three games at the Belgian International last september, with a staggering 23-21, 8-21, 12-21. And only about a month ago, De Visch Eijbergen faced and conquered Korosi in the Hungarian International: 7-21, 21-19, 15-21.

Most recently, in Scotland, it took a world class player like Kirsty Gilmour (WR17) to make De Visch Eijbergen disembark the train she's on. A train that seemingly is going full steam ahead towards her first tournament victory in three years. This week in Dublin chances of seeing the former Dutch Champion taking the title are significantly greater than witnessing a full rainbow with a leprechaun at one end. Will Soraya de Visch Eijbergen make it rain four-leaf clovers and take the pot of gold? (US$ 1.000 to be exact.)

She opens her Irish campaign against Switzerland's Cendrine Hantz (WR152). After that it'll be either Finland's Getter Saar or the aformentioned Agnes Korosi.

Gayle Mahulette on the hunt for a quarter final

As has been reiterated quite a few times on this website, Dutch national champion women's singles Gayle Mahulette hasn't had the best year. Since her return to the national team in Arnhem in September of 2016 her performance has been lackluster, usually punching out in the first or second round of tournaments and largely irrespective of the tournament level.

It'd be most interesting to hear from national coach Kent Madsen and assistant coach Jonas Lyduch about their ambitions with the current players in the high performance team. It feels more and more as if an upcoming 'performance review' will either greenlight Mahulette's pursuit of her badminton goals or someone will pull the emergency break.

Seventh seed Mahulette (WR81) starts against Norway's Vilde Espeseth (WR363), a 20 year old girl who made some appearances in the Dutch premier league representing a Limburg badmintonclub. The Maluku Talent should comfortably progress to the second round where she'll face either Kati-Kreet Marran (WR213, Estonia) or Daniella Gonda (WR256, Hungary). This is where it often gets tricky for Mahulette. Should she play against Marran, she can start the match with the knowledge that she beat the Estonian girl a month ago with a very solid 21-14 21-10.

Iris Tabeling rising on the charts

Former national team member Iris Tabeling - sister to Scottish Open 2017 men's doubles winner Robin Tabeling - is fifth seed in women's doubles with her Swiss partner Nadia Fankhauser (WR95). The international pair has left its qualification days behind them and will play the unranked Susan Ekelund and Elisa Melgaard from Denmark. The Scandinavian pair has WR175-225 experience, which means that Tabeling and Fankhauser enjoy good odds for winning.

Tabeling and Bulgarian player Alex Vlaar (WR142) are eighth seed in mixed doubles and remarkably that sets them up for a first round against the higher ranked (!) Solvar Flaten Jorgensen and Fredrik Kristensen (WR115). The Norwegians probably picked up some ranking points with their semi-final at the Welsh International 2017 last week, propelling them beyond their original ranking used for the tournament draw of this week's Irish Open.

Whatever the case may be, it is clear that Tabeling and Vlaar have their work cut out for them. Let's see whether all the hours spent training in Switzerland will translate into Dutch-Bulgarian victories on the Dublin courts. 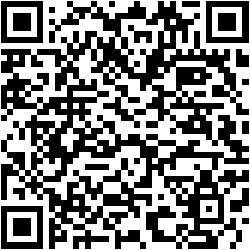