Can anyone down the Danes?

Our sport of Badminton is predominantly an individual sport and while all the top European badminton professionals travel the world representing their countries as fitting ambassadors there is always something special about coming together as a unit to represent and play for your country, wear your countries colours and ultimately experience the highs and lows that are inevitable in a team competition.

The cream of the European players will be in Amsterdam

Next week the cream of the European crop of players put all the individual aspirations of Olympic qualification and personal success aside to come together with their fellow country men and women as the European Team Championships kick off in Amsterdam.

The one question on most people’s lips ahead of the tournament is who can beat Denmark? The Danes have remained supreme not only as individuals in Europe but also in the team events and once again they are the team to try and beat in Amsterdam.

Is it a fight for silver in the men’s event? In the men’s event it is impossible to see anything other than gold for Denmark and one feels that even if all the others combined in an effort to dethrone the champions the super power of European badminton would still come out on top with gold.

Even without Peter Gade the Danish line up reeks of world class quality and in Jan Ø Jørgensen, Boe and Mogensen the Danes certainly have the power in dept.

Who can put it up to Denmark in the men’s team event I hear you asking... Well, home advantage is always worth a few points here and there and the Dutch, buoyed by the inclusion of the returning Pang and Palyama are certainly, looking on paper, to being a well balanced team.

The Poles were runners up to Denmark in Warsaw and Cwalina and Logosz can probably trouble the world’s best any day of the week and Wacha has been in superb form on the BE Circuit the past 9 months. But strength is dept maybe something that is lacking for the Poles this time around and a small injury to any of their top players could scupper their chances.

Germany always have a good team spirit and one again will be hungry to achieve a medal. For some of the Germans this will be the last chance and a lot will rest on the shoulders or Marc Zwiebler to deliver an opening point in the first men’s singles to give the Germans a fighting chance.

Baun & Co looking over their shoulders? Whereas it is almost a given that Denmark will win gold in the men’s championship, the Danish women will have a much tougher fight on their hands if they are to achieve gold.

Yes of course the Danes are favourites and deservedly so and having an inspirational leader like Tine Baun giving you an opening point consistently and all the time the Danes are sure to get off to a great start in each match at the business end of the tournament.

But looking at the singles the rest of Europe will feel they have a chance to upset the favourites as the Danes still struggle to fill the gap between Tine and the rest. Having said that watch out for Line Kjaersfeldt, the obvious successor to Tine when the Great Dane eventually decides to hang up her racket and that beaming smile forever. Kjaersfeldt a specialist in everything was the only player to really give Baun a fight at their nationals last week and if the Danes decide to use her she could become the player of this tournament for sure.

Other nations coming closer to Denmark

One thing is for sure that the rest are closer to Denmark this year and Germany, The Netherlands, Russia and even outsiders like Bulgaria have a real shot this year.

Germany have a strong singles line up with Schenk and recent German nationals winner Olga Konon and who knows if these two combined in doubles behind Marinello and Michels the Germans could fill that top step of the podium.

As in the men’s event the Dutch are rejuvenated by the return of the ever young pair of Yao Jie and Judith Meulendijks and with Piek, Van Dooremalen and Jonathans pulling the

strings in the doubles this could be a good week for the home nation.

We could see the return of Russian legend Ella Diehl in Amsterdam and given the way the national championships panned out in Russia last week it appears that the Russian could certainly do with her singles experience. One way or the other it would be great to see Diehl back on court after the birth of her daughter 4 months ago and her presence would certainly enhance the Russians chance of a medal.

Young Guns to watch out for. As always in these competitions the weight of expectation will be borne by all the experience players mentioned and who we all know. But lurking at the bottom end of some team sheets will be a lot of young emerging talent as many countries blood new talent with one eye on the future.

Players like Axelsen, Fladberg and Kjaersfeldt are sure to bolster the Danes chances of double gold. Kirsty Gilmour will be required to fulfil a mature role for Scotland in singles, Ukraine will rely heavily of players like Kazarinova and Zharka in the women’s event, sisters Stoeva from Bulgaria will prove to be key in their quest for a medal and The Netherlands surely have a readymade star in the making in the shape of Soraya De Visch Eijbergen. Croatia have two 14 year olds, a 15 and 17 year old on their women’s team so while we look to the stars of badminton Europe to provide the sparks the young guns of the future will be on show gaining that valuable experience that you can only get in a team event like this. 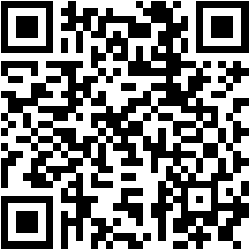