Mark Phelan about the forgotten heroes of badminton

The badminton tour, be it in Europe, Asia or globally, is somewhat akin to a travelling circus where everyone knows everyone and most people are involved purely for the love of the game.

What makes Badminton even more special is that very unique sense of family and togetherness you feel when attending an International tournament. As a media person there is that sense of meeting old friends and kindred spirits when you step into a media centre or the tournament hall for the first time and when leaving there is a distinct sense of looking forward to the next time.

While the sport continues to go from strength to strength and strives to adopt a more professional mindset there are many unsung heroes that are an integral part of the tour that for most part go unrecognised. We are all very aware of the band of volunteers that it takes to run even the most ‘professional’ of tournaments and as a group the lines people and umpires often spend countless hours sitting on their bums on chairs making matches happen. I can recall just recently one umpire presiding over 12 matches in one day at a Badminton Europe circuit tournament. Anyone who knows will know that this is akin to running a marathon in lay mans terms.

However for me there is another bunch of people who tend to go unnoticed and to me they are the reason we have the sport in the first place. Like the volunteers and umpires for most part their work goes unrewarded financially and their work is not solely confined to a few days at a tournament. The work of these special people is a continuous year round sacrifice, a constant struggle to be the best in what can be conservatively described as challenging circumstances. These band of special people I talk about are of course the players.

Yes of course there are the big stars of our sport that earn sizeable pay cheques for both on and off the court appearances but for every one star that makes a viable living there must be 100 that struggle. I have been involved in the sport now for a decade and it never fails to amaze me how dedicated these players are to the sport of badminton that for the most part gives them nothing but satisfaction in return.

Years of sacrifice to be the best

The financial struggle alone to be able to train and compete is a burden that any professional sports person should not have to endure. I often have to stand and bite my tongue when I am told that these players are not professional but knowing how they train and dedicate their lives to the sport they are as professional as the highest paid tennis player in everything they do, they just do not get the financial recognition for their efforts.

I even know players who struggle with their own families just because they have chosen to dedicate their lives to badminton, families who constantly remind them that the sport will give them nothing in return and they should concentrate on getting a real job or worse still a real sport. In some ways it is impossible to argue with them but it is when you talk to players and know what goes on inside their minds and know the pleasure they get from competing then you realise how important the sport of badminton is to them.

There are also some fundamental organisational issues that make me sick to my core that take direct advantage of these players. This could land me in some hot water but it always amazes me how hotel prices seem to sky rocket for tournaments. An instance I have direct proof of is a tournament in continental Europe in 2011 where I rang for a room rate moonlighting as a tourist and got a rate that was 28% lower than players were paying for the same days.

Somebody is making money from the players in these instances and I have no idea whom it may be but surely this is an insult to the people that without their loyalty we would have no tour. 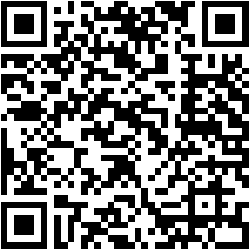