The sponsorship deals, which run from 2013 to 2016 inclusive, start with this year’s Sudirman Cup in Kuala Lumpur, Malaysia, and extend to the annual BWF World Championships – the next of which takes place in Guangzhou, China, in August – and the biennial Thomas & Uber Cup tournaments.

It’s the first time the world-governing organisation has negotiated global sponsorships for its Major Events and to have secured “these collective long-term agreements is a significant achievement”, said BWF Secretary General Thomas Lund, explaining that previously hosts were given the right to secure sponsors in their domestic markets for whichever Major Event they were hosting.

“BWF is pleased to partner with Li Ning and Redbull China in showcasing some of badminton’s premier tournaments with these seven Major Events throughout the four years from 2013-2016. These events are some of the most prestigious competitions in our sport and for any individual or country to win them is traditionally and undoubtedly a moment of great pride and honour,” noted Lund.

“The interest shown by these corporate entities underlines the fact that badminton has been growing in recent years and is now capable of attracting global attention and, as a result, such partnerships.”

Part of the deal with Li Ning is that all Major Events being played during the four years will use Li Ning top shuttlecocks and Li Ning court mats, beginning with the Sudirman Cup – or World Mixed Team Championships as it’s also known – for which Li Ning is also the title sponsor. This tournament will be held at Putra Stadium in Malaysia, from 19-26 May. A total of 32 countries, including defending champions China, will vie for the title.

“Badminton’s steady rise on the international sports landscape has been impressive and it’s clearly enjoying considerable popularity now. BWF events are currently televised in more than 160 countries and that number is constantly increasing. The Major Events are an attractive prospect for Li Ning in terms of global brand visibility and recognition, especially as these are the tournaments in which more countries compete and therefore their nations have an interest,” noted Li Ning’s General Manager of Li Ning Indoor Sports, Mr. Hong YuRu.

Meanwhile, Redbull China’s Sports marketing director, Mrs. Joan Zhang said: “These Major Events are BWF’s signature collection and Redbull China’s official association with them signifies our regard for these tournaments and the high stature which we recognise they have among fans.

“This partnership fits into our strategy of aligning our company with some of the world’s best sporting events.” 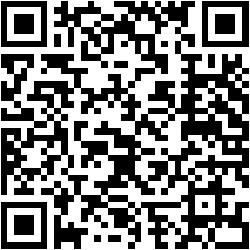