Making your own exercises 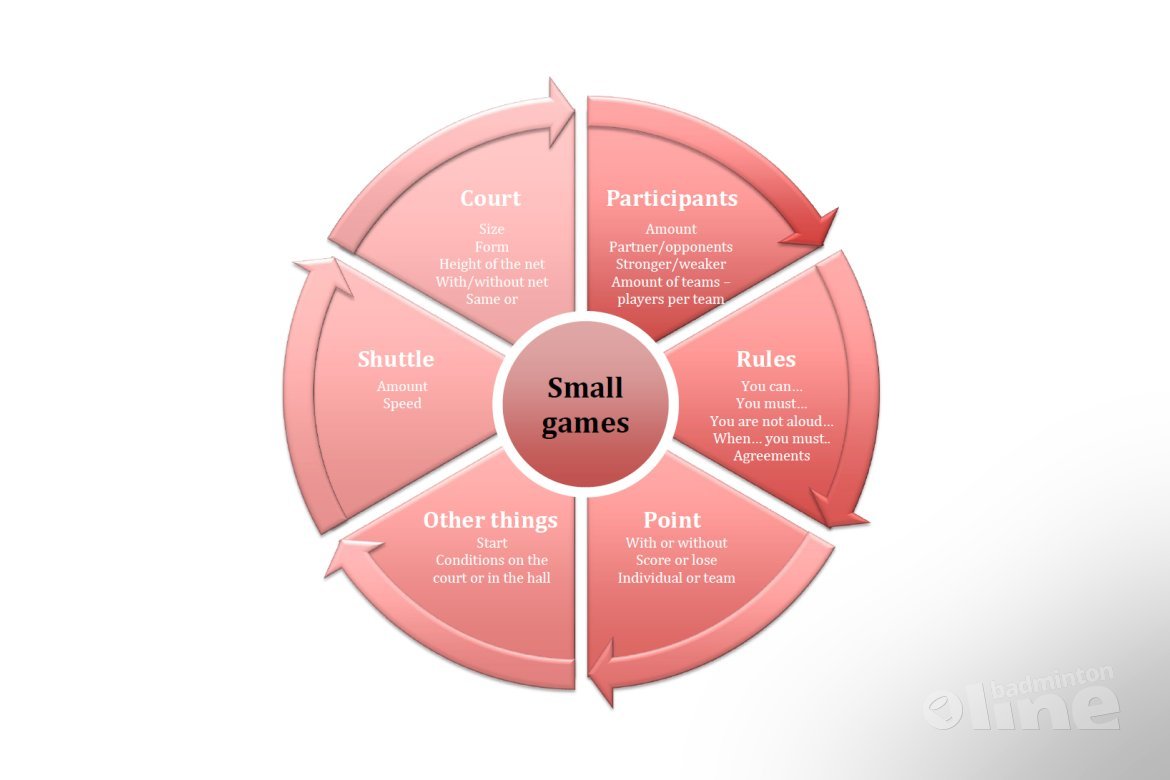 I write in English to open up the discussion and information also to other coaches and because one coach (Fabio Morino) helped me with his ideas and it is only right he can read it as well.

Inventing your own exercises is very important in the development of a coach. This doesn't mean that the exercise you come up with doesn't exist somewhere else, but what matters is that you did not know the exercise before.

There are several ways of making your own exercises, I will try to explain my way of seeing and doing it, hoping that this insight might inspire someone else or we could have a nice discussion on this topic.

Generally I keep the following sequence in coach development:

In the end of point 4 the coach is a real "coach", an interaction and reference point for the players. Can you learn this? Yes, but unfortunately coaching education nearly never really focuses on this point, whereas they focus more on tangible information from didactics, general badminton information, bio mechanics, tactics, technique/footwork technique (generally old style as coach education isn't often updated by specialists). Often we don't teach coaches how to be problem solving, to USE the information they acquire, not to reproduce it.

Of course the basis needs to be knowledge; you need to have a good understanding of the game in many aspects and of coaching in general. But then the next step is about challenging yourself, going out of the comfort zone, experiment, try-and-fail and get up again. It is just like playing sometimes. The higher the level of coaching education, the more focus should be to this point. In the beginning I still think it should be done, but less, first you need also some sound knowledge.

Is there a difference between working with beginners or high-level players regarding inventing exercises? Yes and no. Yes, because with many programs amongst which BWF's Shuttletime, there is a lot of information available on the motor skills development and technical sequences needed to teach kids badminton, so it is just applying in some sense. But No, because I think it would be important also in this phase if you can adapt exercises to the kids, learn how to use controlling factors and make it even more interesting for a coach and kids, not all kids are similar so you have to be able to adapt to their learning speed. Moreover just applying textbooks is not always nice for coaching. On a higher level I believe it becomes even more important to invent exercises for obvious reasons as the game becomes complex.

Now I will further explain the 4 points mentioned above.

The first point: Better to copy well then to invent badly.

The main goal is always to give players quality training as they are the most important thing in training. So better to understand an exercise well, and being able to use it and help players improving by using it, then inventing some new exercise for the same subject that completely doesn't work. When you see an exercise you like, try to think about it: Why do they do it like that, what is the goal, couldn't it work in another way, what are the focus points, how do the players learn? Etc., and do talk with the coach about it. Now you have started to observe and think about the reasons and effectiveness of an exercise.

Adapting exercises rightly to the needs of player is the first step in developing them yourself.

This follows naturally from the thinking process in the first part. We can take simple existing practises and adapt them by putting focus points inside, play with the situation, to do this you can use several basic buttons you can turn to make it more difficult, or easier, more complex or less. The Danish call this I believe the "wheel of adjustment". You adjust your variables in such a way so they start working well. Some you can't immediately control (space in a hall for example) others yes.

This is a nice way to start of making variations and adapting in your exercises and there are more factors you can use without problems.

Now we are slowly developing towards point three as we already feel more at home by "tuning" the exercises and situations.

Inventing your own exercises with a subject or player as motivation and starting point for this, so you can get a guided development in players or groups and build on this. We want to have knowledge, and being able to use it as a basis for exercises.

Now it starts to become slowly more complicated as you need to have a clear view on what you want groups, or players to learn and differentiate herein. You need to have a good relation with your players, so they want to do it, and feel responsible for their development and want to do "different" stuff from others: their own things.

You then have to think on the subject, this could be technical, tactical, but also physical.

Using a physical example as I know that many training in the Netherlands is aimed at this and it could help someone.

My goal is to train VO2 max and muscle buffer capacity (The ability of muscles to neutralize the acid that accumulates in them during high-intensity exercise, thus delaying the onset of fatigue. Muscle buffering capacity is improved by regular anaerobic training, but apparently not by aerobic training - Oxford dictionary of sport science). Research (Edge, Bishop et al. (2005). European Journal of Applied Physiology. 96:97-105) shows that to have the best combination of these two factors so they equally improve in training is by working two minutes on 80% of your VO2max (have your players check this out on the internet and have them calculate their own heart rate for this, this already creates involvement in their training and helps with motivation, it is their project as well! Education of players is very important.)

Now we know this, you start thinking on exercises where it would be easy to reach this Hfq during two minutes, so you want to avoid many "break moments", you can still use the wheel of adjustment a lot here. Automatically it shouldn't be an exercise with many high risk strokes as there would be too many breaks. I always prefer to use basic training principles while doing the exercises: going from easy to more difficult and from small to large (court coverage here intended). So I start with schemes of one against one, with 2 minutes of working on the required intensity, 1 minute of active break (netplay, drive and so on), slowly you add choices, preferably adapting to other things you want players to learn.

You have to adapt the number of repetitions of course to the level of the players, some can do it longer, other can't, so you have to take this into consideration and have something else ready for the ones who finish earlier that suits THEIR game. And this way you slowly develop towards problem solving during training.

Now we start with an exercise that touches the subject of Unforced Errors (UE) on which I have written before and which, if we want/like it or not, becomes ever a more important factor in the modern game. It is a very complex subject where technique, tactics, mental and physical aspects coexist. Ideally you develop an exercise which can be a combination of these, so you come close to match situations. This was my goal.

I "invented" this exercise and will show some adaptations you can make to suit different problems I encountered with players. Some are general, some can be personal.

Basic condition, work you have done before: for me it is very important that the players have a good awareness of the 5 vertical zones of the court (on lower level you could use 3), so I can continuously quickly refer to their position and their choice. Moreover they already need to have their own focus points which they have to implement anyway in this exercise, so they can change between them. Danish coach Andreas Johanssen has some interesting ideas on this subject.

The five general zones are:

The basic exercise was invented with the 11 point game in mind, but it works equally well with the 21 points game I find, you can make different adjustments.

"Bankrobbery" is the name I normally give it, but if players come up with a new name, that's even better.

They now play a normal set, initially with normal rules. They feel pressure as they can not make too many UE. So they have to build up the point, when they are in a good situation (zone 1 or 2) they can risk something more.

Now we have a basic game, we come slowly into the space of the fourth point.

Being able to develop, change, adapt exercises during training on different courts suiting the needs of the players/couples and their own focus points.

Here are some suggestions to bring up the level where the players are better, or to adapt the exercise to specific situations so we can use the same basic, but adapt it to all courts and players.

When you learn about something you think is important, for example on the world coaching conference there was a session on: anxiety management. Rune Massing also mentioned this in his article on the world championships.

In short the concept is that it would be a good idea to try to create higher anxiety levels in training.

There are many ways to do this, but now we come to one of the best things in badminton coaching: Sharing knowledge, it becomes a fun thing for me and a learning experience: if you know colleague coaches who are good in inventing and adapting exercises, talk with them, be open, it is inspiring. I thank my respected Italian colleague coach Fabio Morino (educated amongst others by Kenneth Larsen, DK) for his ideas here.

His goal was to add the "luck", "bad luck" component (which in itself can create a lot of mental activity, examples of these are: net hitting the net tape, hitting the lines, bad decisions, playing conditions, string breaks, slipping with the feet, line judges, service judge, referee) and anxiety to the exercise above. Things you can't necessarily control but have to deal with anyway.

In the end you mix everything, use different variants on different courts, maybe when we touched upon players who don't have variation in the first strokes, they take a step back and train technique until they have more options and then first do it in other match like exercises and then come back into these games. And so on.

This is just an example, and there are certainly many, many things a coach can invent, make up, adapt and so on so help players with their problems. It has to depend in my opinion on the personal player development profile, this might sound difficult but at higher levels it is indeed detailed, but on lower level it is quite simple, and you can set goals for certain periods also more in general for the group in the beginning.

In my personal opinion, this inventing and helping and improving players makes coaching the best thing there is. It helps a coach enormously in her/his development to learn to do this, and my goal was to help coach/players to challenge themselves, think about it, and enjoy coaching even more and have more quality for the coaches and the players!

Higher level coaching education always needs to contain this, it gives coaches awareness, self confidence (maybe not initially, but there the teacher needs to play an important role), fun and passion to train and they can then transmit this to players, creating a great training atmosphere where players prosper. 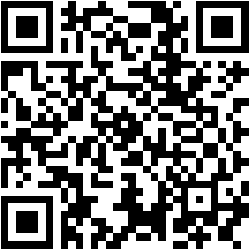 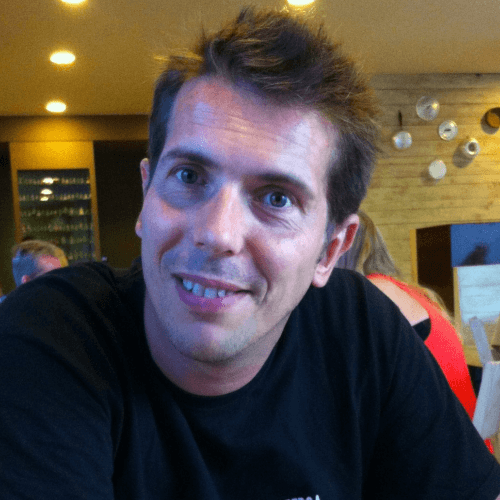